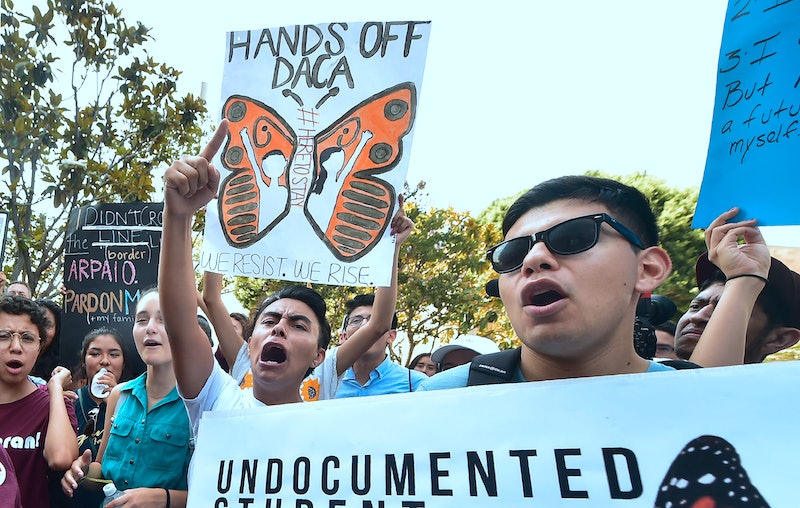 On Sunday, news emerged that President Donald Trump has reportedly decided to end the Deferred Action for Childhood Arrivals (DACA) program. If the policy is canceled, it would end the legal status of DACA recipients, who are often referred to as "Dreamers." Terminating the DACA program could have profound implications, especially considering how many dreamers are in the United States — close to 800,000.

DACA was created in 2012 by President Barack Obama as a way to grant renewable legal status to Dreamers after the Development, Relief, and Education for Alien Minors (DREAM) Act failed to pass Congress. The DREAM Act would have granted U.S. residency to Dreamers if they met certain qualifications. Dreamers were brought to the United States as children without documentation. Many of them have grown up in the United States and spent little time in the country in which they were born.

DACA allows Dreamers to register with the federal government in exchange for a temporary reprieve from any deportation action as well as for a work permit allowing them to work legally in the United States. To be eligible for DACA, immigrants must have arrived in the United States before 2007 and must have been 15 or younger when they arrived. They also have to either be enrolled in high school or have a high school diploma and possess a nearly unblemished criminal record.

As Vox reported last week, nearly 1.3 million Dreamers are actually eligible for DACA, but currently around 800,000 are actually recipients of the program.

If DACA were eliminated, the lives of its recipients would be profoundly impacted. They could lose their temporary legal status in the United States immediately or when their individual work permit expires within two years, depending on how the potential repeal were implemented. They could be fired from their jobs, forced to work illegally, or be forced out of school. They would lack the ability to legally drive in many states and also would face the constant threat of deportation, never knowing for how long they will be able to reside in the United States.

In addition to the individual consequences, elimination of DACA could have massive impact on the federal economy, considering the tax and employment contributions of DACA recipients. As CNN Money reported, earlier this year, the Cato Institute estimated that ending DACA would cost the federal government $60 billion, and would decrease economic growth by $280 billion over the next 10 years.

Hopefully Trump will truly consider the consequences of repealing DACA before he makes his final decision regarding the future of program.