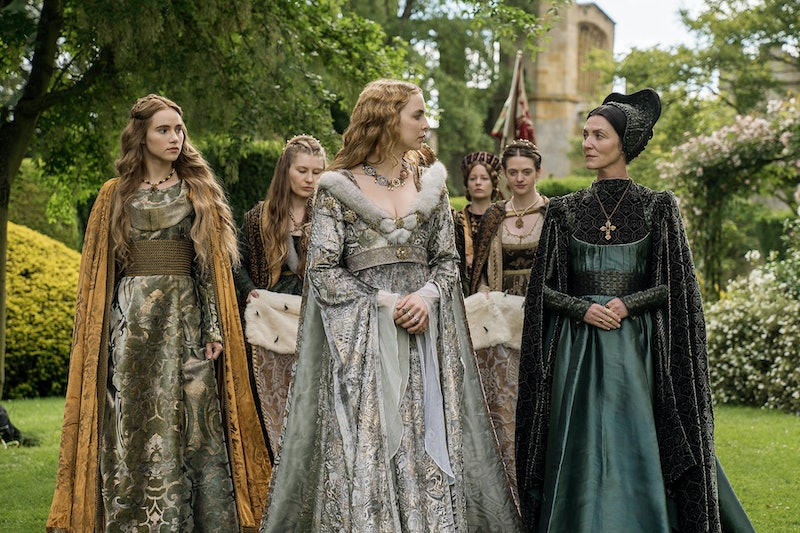 The White Princess is a limited series, with eight episodes coming to Starz, according to Variety. The same Variety piece states that the episodes will explore The War of the Roses from the women's perspective and depict the rise of the Tudor House through the marriage between Princess Elizabeth of York and King Henry Tudor. The piece states:

"The year is 1485 and Princess Elizabeth, daughter of 'The White Queen' (Ferguson) has been pledged in marriage to the newly anointed King Henry Tudor in hopes that it will bring peace to a war-torn country. England is united, but their marriage is soon divided, as rumors circulate that Elizabeth’s long-lost brother Prince Richard is alive and planning to take the throne. Now she must choose between Tudor wife and York princess, between her new husband and the boy who claims to be her own blood and the true heir to the crown."

The White Princess is only eight episodes, which means we only get eight hours of viewing — modern TV watchers can practically inhale that in one sitting. So, what can we do when a limited series' eight installments get us hooked? Watch more. If you are a fan of The White Queen, The White Princess, and Tudor period pieces, here's a field guide to shows and movies you can watch as companions to The White Princess.