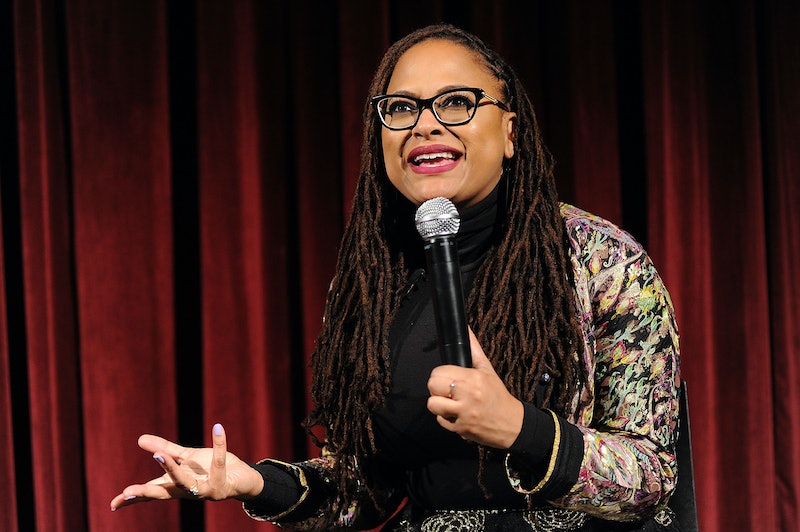 2018 was a groundbreaking year for women. As feminist movements like #MeToo and Time's Up gained momentum, and sexual abuse allegations came to light, we saw the epic takedowns of numerous once powerful, now disgraced, men. Viva la revolución! As the sisterhood grew ever stronger, women triumphed globally, with Saudi Arabia lifting its ban on female drivers and the second annual Women's March taking place. The call for greater representation and diversity spread across all sectors with a focus on the entertainment industry. But, how many films in 2018 were directed by women? Well, the statistics aren't what you probably think they are.

Brace yourselves, because in a time of such radical change the answer is somewhat alarming. In an annual study by San Diego State University’s Center for the Study of Women in Television and Film, Dr Martha Lauzen's report The Celluloid Ceiling found that only 8 percent of Hollywood blockbusters in 2018 were directed by women. This is 3 percent lower than the 11 percent of female directors in top Hollywood films in 2017, but surprisingly 1 percent below 1998's 9 percent.

This gender imbalance is not just confined to directors. Just 30 percent of actors cast in films in 2017 were women, which is 1 percent lower than the 31 percent of female actors cast in 1913. Yep, you read that right, 1913. Back then viewers enjoyed cinematic productions with no fixed times, instead shows were made up of short films. And of course, this was long before the days of technicolor and sound in films. So how pray tell, how has the cinematic industry experienced such successful transformations throughout the last 104 years but still harbours this ingrained misogyny?

Don't get me wrong, in terms of racial diversity and inclusion we can't deny that 2018 has seen phenomenal improvement, with Black Panther, Crazy Rich Asians, and BlacKkKlansman all box office hits. But why, I ask, if women produce such incredible cinematic pieces like Selma, I Feel Pretty, and Can You Forgive Me are more women not trusted to helm blockbusters as often as their male counterparts?

In 2015 Amy Adrion embarked on a journey to discover just why there are so few female directors working in Hollywood in her documentary Half The Picture. Adrion talks to 50 high profile female directors including Ava DuVernay and Sam Taylor-Johnson about the bias they have faced in the workplace. Almost all of the directors admitted that in their attempt to break up the boys club many of the males on set did not respect their authority and they were even the subjects of degrading insults. Horrific.

I can only hope for 2019 to be an even bigger and brighter world women. Dr Martha Lauzen told the Hollywood Reporter; "this radical underrepresentation is unlikely to be remedied by the voluntary efforts of a few individuals or a single studio." She calls for more widespread effort across all sectors of the media to really bring about change. The East Wind is coming, people: boy's club beware.