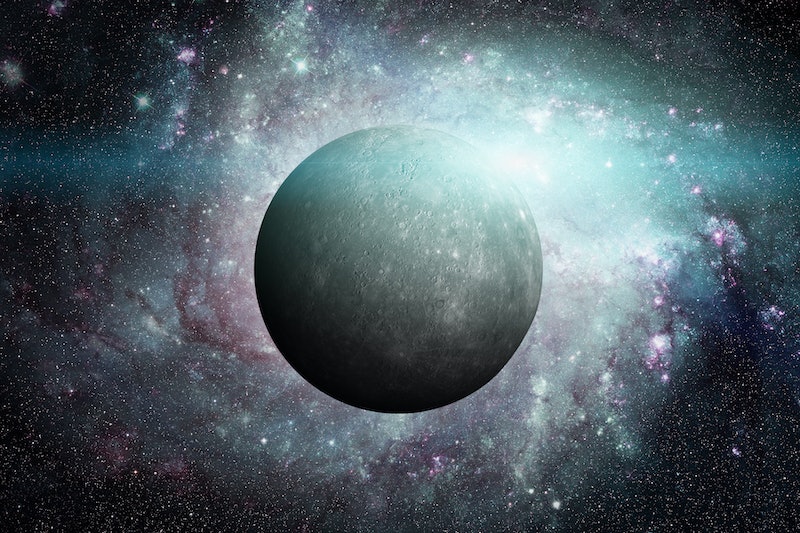 I'm sure you've heard the words "Mercury retrograde" circulating recently, particularly in the meme-sphere where people often point to it as a reason for their feeling cranky or acting oddly. There's lots of advice out there about to combat its powerful ways, from careers to relationships and everything in between. But how does Mercury Retrograde affect your attention span?

Urgh, honestly sometimes it feels like we can never escape from the endless astrological forces conspiring against us. But what does Mercury Retrograde actually mean? According to The Sun:

"Astrologers believe that when a planet is in retrograde, the areas of life it governs go into a sleeping or resting state. And with Mercury acting as the messenger planet, stargazers believe it can result in arguments and misunderstandings."

This can apparently cause chaos. Great, that's just what we need, more chaos. I asked astrologer to the stars, Sally Kirkman, what Mercury retrograde can mean for your attention span, and if you're finding it hard to knuckle down, this could be a factor.

"You can lose your way, your train of thought during Mercury retrograde, so your attention and focus may be easily diverted. It can feel like a rabbit warren when there are too many tunnels and you can keep trying them each in turn."

So how could Mercury retrograde impact your attention span based on your zodiac sign? Well, Kirkman told us that it depends "where Mercury retrograde falls in your horoscope and whether it triggers key planets or angles in your birth chart. This Mercury retrograde phase starts in Leo and retreats back into Cancer. If you are a Cancer or Leo, it’s even more important for you to take note and plan accordingly." Kirkman says there is a way to arm yourself against the cosmic forces to ensure that your Mercury retrograde isn't too chaotic. Kirkman says that because this time can be "complex and confusing," so you should try not to make big decisions and "keep your options open and don’t necessarily believe everything you hear."

But fear not, its not all doom and gloom, because Mercury Retrograde does have some positive aspects to it as well. And thank goodness for that. Kirkman told us that this is a really great time for "unplugging, unwinding, relaxing, rethinking." So, it looks like a little bit of recalibration and maybe even a but of R&R is crucial at this time. Kirkman says that re-words are great at this time: think "revise, rework, re-do, reconsider, retry, reconnect, retreat."

A restful Mercury Retrograde is everything that I'm after and Kirkman seconds this by saying "make the most of the Mercury retrograde phase by slowing down, listening for signs from the universe and putting off the major decisions until Mercury turns direct on August 1st." According to The Express Mercury retrograde 2019 this time will end on July 31 but thanks to Sally Kirkman you'll be able to look out for all the clues so you can keep your attention on track.

More like this
10 Equally Romantic & Heartbreaking Books From British & Irish Authors
By Shahed Ezaydi
Taylor Swift & Harry Styles Had A Secret Reunion At The Grammys
By Shahed Ezaydi
Twitter Simply Couldn’t Cope With The ‘Happy Valley’ Finale
By Sophie McEvoy
Claire Foy Spoke Out About 'The Crown's Gender Pay Gap
By Sam Ramsden
Get The Very Best Of Bustle/UK
Sign up for Bustle UK's twice-weekly newsletter, featuring the latest must-watch TV, moving personal stories, and expert advice on the hottest viral buys.