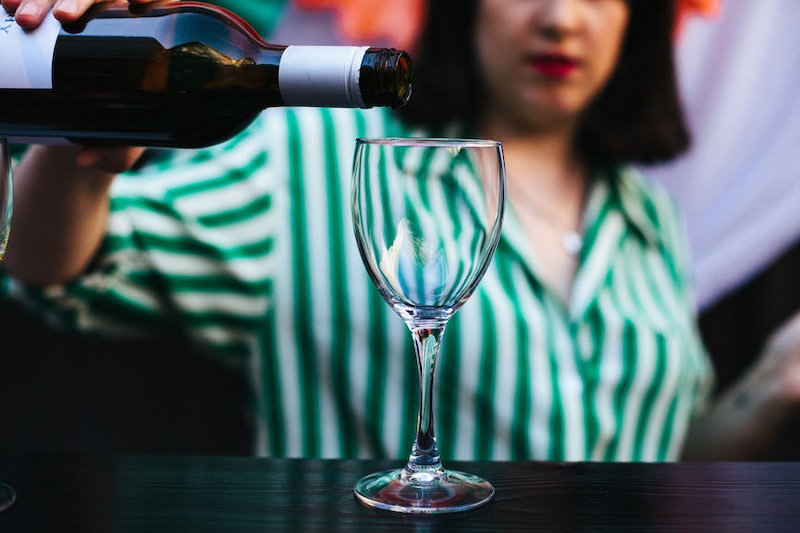 Whether you're a regular drinker or borderline teetotal, everyone has heard the theory that drinking a glass of wine a day is good for you. But a new study claims that this is, for lack of a better word, complete rubbish. So how much alcohol can you safely drink before your health is affected?The study, published in The Lancet, is one of the largest to have ever looked at the effects of alcohol on the human body. Entitled The Global Burden of Disease Study, it examined disease and mortality rates as well as alcohol use across 195 countries between the years of 1990 and 2016.

The results are pretty shocking, confirming researchers' suspicions that no amount of alcohol is safe. The data — which looked at people between the age of 15 and 95 — showed that, of the 100,000 non-drinkers studied, only 914 went on to develop an alcohol-related injury, or the kinds of health issues that are usually caused by alcohol. But when examining the same thing for people who drank one drink a day, that increased to 918 people. Which, admittedly doesn't seem like much, but from there it rises quite dramatically. Of those who were drinking two alcoholic beverages a day, 977 people went on to develop similar illnesses, while the figure rose to 1,252 among those who had five drinks a day.

You may think that the increased risk that comes with drinking one glass of wine or pint of beer a day sounds minimal. The study's authors agree. However, one of them, Professor Sonia Saxena, made a valid point to the BBC: "One drink a day does represent a small increased risk, but adjust that to the UK population as a whole and it represents a far bigger number, and most people are not drinking just one drink a day."

A 2017 study claimed that having one drink a day can help people live longer by giving "protective effects against cardiovascular disease." Researchers who participated in the new global study said that this may well be true but, as people usually drink far more than just one, the risk of getting cancer and other deadly diseases from alcohol consumption outweighs this benefit.

Even though the government reduced the recommended alcohol intake in 2016 to no more than 14 units a week for men and women, reports emphasising the positive aspects of alcohol have led many to believe that drinking is practically healthy — a way of thinking that could cause serious issues in the future, according to the authors of the study.

The Lancet's review found that British women are particularly heavy drinkers, ranking eighth in the world with an average of three drinks a day. British men, on the other hand, had the same average but only ranked 62nd due to more excessive drinking habits elsewhere.

Just so you're aware, the NHS states that a small glass of wine is equivalent to 1.5 units, a standard glass is equal to 2.1, and a large wine is considered as three units. Similarly, a pint of beer is three units while a bottle is a little less at 1.7. And a single spirit measure is worth 1.4 units.

"Most of us in the UK drink well in excess of safe limits, and, as this study shows, there is no safe limit," Professor Saxena continued in a statement to the BBC. "The recommendations need to come down further and the government needs to rethink its policy. If you are going to drink, educate yourself about the risks and take an informed risk."

So, er, who's joining me on my quest to become teetotal?

More like this
Lotus Biscoff Does A Biscuit-Chocolate Hybrid Now
By El Hunt
Why Experts Say Sleeping With A Fan On Isn’t Totally Risk-Free
By Sophie McEvoy
10 Breathable Bedsheets To Keep You Cool During The Heatwave
By Orla Pentelow and Sophie McEvoy
Scotland's First Period Dignity Officer Is... A Man?
By Darshita Goyal
Get The Very Best Of Bustle/UK