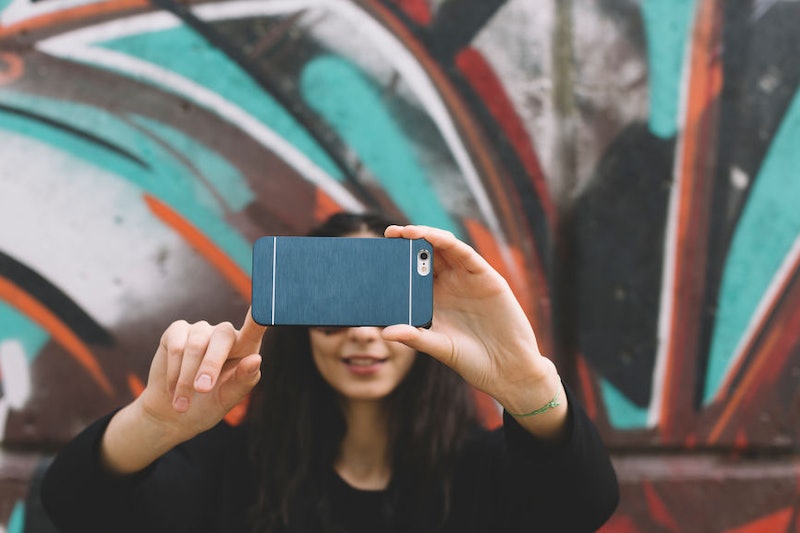 The world of influencers is murky, to say the least. But one question reigns above all others: how much are social media influencers paid to post photos of clothes, watches, and makeup? It's especially pertinent thanks to a new BBC Panorama investigation examining the impact of this modern form of advertising.

The answer to the question of money isn't exactly clear-cut, as you may have guessed. What most influencer experts do say, however, is that an Instagram user needs around 10,000 followers before they can even begin to make money. Someone with this level of following could expert to earn £100 per post, Kat Richardson, the creative director of influencer marketing agency WaR, told the BBC.

That figure can rise drastically pretty quickly. "Once you get to 30,000 followers, for a fashion or beauty post, you could be looking at around £750," Richardson added. In the same BBC article, another influencer agency director, Rohan Midha of PMYB, said that people with huge followings (think millions) can earn six figure sums. Hopper HQ's Instagram Rich List states that Kylie Jenner — who currently has 126 million followers — can be paid a million dollars (around £776,000) per post.

It's fairly obvious that Instagram is one of the main platforms for money-making. Take a quick look at your feed and count how many #ad mentions or paid partnerships you notice. It's not just the average person looking to make money off their follower count either. Celebrities with millions of followers, including members of the Kardashian family, have been known to promote controversial products like detox teas.

YouTube too has seen its fair share of paid influencers. Joe Gagliese, co-founder of influencer agency Viral Nation, told Vox that someone with more than a million followers can easily command $100,000 (£77,000) or even $250,000 (£194,000) per post. "Especially if the content is on YouTube and the influencer is in the gaming industry," he noted.

Instagram, however, is by far the easiest way to rack up earnings. Influencers are known to sign up to package agreements, reports the BBC, which can include anything from standard posts to stories and the inclusion of links to websites or specific products. The only legal requisite is that influencers clearly label the advertisement to their followers.

This responsibility has been cast aside by some. As Sky reports, the Advertising Standards Authority said it had warned between 200 and 300 influencers who had flouted the rules.

The brands that influencers promote also set their own list of rules. If an influencer agrees to advertise a particular company or product, they are expected to follow through. If they don't, they can face pretty harsh financial consequences.

In October 2018, famous influencer Luka Sabbat (1.7 million followers) was sued for "failing to influence." The 21-year-old entered an agreement with PR Consulting Inc, Variety reports, in which he was required to post three Instagram stories and one post promoting Snap Spectacles.

According to the lawsuit, Sabbat only posted one story and didn't submit either that or the post for pre-approval. He also failed to be photographed in public wearing the glasses during Milan or Paris Fashion Week; something which the agreement also stated. PR Consulting Inc stated that Sabbat had been paid $45,000 (almost £35,000) up front. The company therefore sued for that $45,000 plus a further $45,000 in damages. The Cut states the case is still ongoing.

In the upcoming Panorama investigation, influencers' advertising choices are also questioned. As the BBC reports, a 13-year-old boy lost money after playing a gambling-type game that had been promoted by a YouTuber. The influencer in question claimed he thought the site was an e-commerce one and has removed the posts.

Love Island star Zara McDermott also opened up about what she refuses to promote, telling the programme that she turns down around 60 percent of the deals that are offered to her: "Anything gambling-related, alcohol-related... I would never want to sell something that could be potentially harmful and dangerous to someone. No matter how much money you can get offered, there’s a responsibility."

Influencing may seem like a dream job, but the risks that come with it are more than most realise. Not only could you detrimentally impact someone's life but, as the Competition & Markets Authority states, you could also be prosecuted for not abiding by the law. The motto of all this? Think very carefully before you post.

More like this
Liz Truss Is Being Compared To A Controversial Emma Thompson Character
By Sophie McEvoy
The 'GBBO' Mexican Week Controversy, Explained
By Sam Ramsden
Nicola Coughlan Addresses 'Bridgerton' Season 3 Backlash
By Sam Ramsden
The ‘Ted Lasso’ Cast Singing Along To “Sweet Caroline” Is Pure Gold
By Sam Ramsden
Get The Very Best Of Bustle/UK