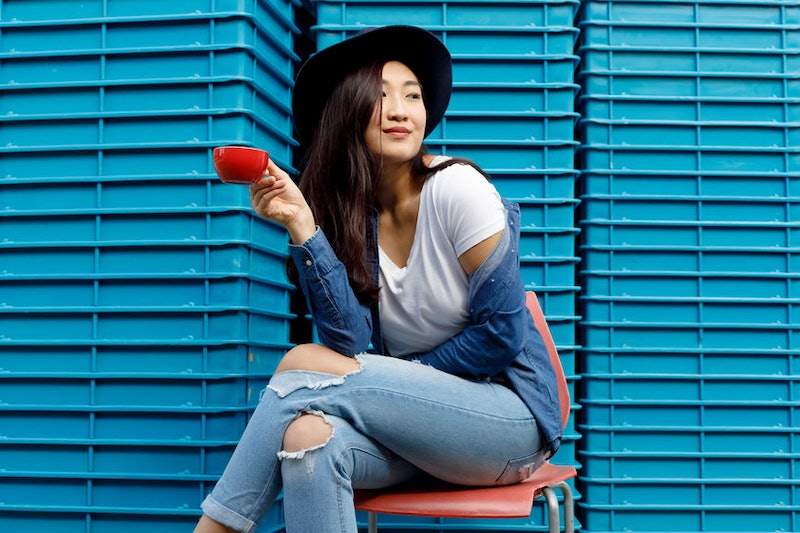 On your fourth or fifth trip to bleed the office coffee machine dry, you might find a question brewing (sorry): how much coffee is too much? A recent study from the University of South Australia sought to investigate the impact of coffee consumption on cardiovascular disease, and determine that vital cut-off point after which it might be best to switch to water. Researchers Dr. Ang Zhou and Professor Elina Hyppönen found that the limit is surprisingly high: keep your intake under six cups a day, and your caffeine consumption is unlikely to impact your heart health.

In a study published in the American Journal of Clinical Nutrition, the researchers used data on 347,077 people between the ages of 37 and 73, taken from the UK Biobank. They also looked at the caffeine-metabolising gene CYP1A2, which enables carriers to process caffeine four times faster than non carriers, to determine whether those who possess the gene could drink more caffeine at a greater frequency without any adverse health impacts.

After six coffees, the scientists found, caffeine consumption began to increase the risk of high blood pressure, which can lead to heart disease. In fact, drinking over six cups of coffee a day could increase the risk of cardiovascular disease by up to 22 percent, they found. Those with the caffeine-metabolising gene were not able to drink more and avoid health risks, the study found.

Professor Hyppönen said in a press release, "Most people would agree that if you drink a lot of coffee, you might feel jittery, irritable or perhaps even nauseous — that's because caffeine helps your body work faster and harder, but it is also likely to suggest that you may have reached your limit for the time being."

"We also know that risk of cardiovascular disease increases with high blood pressure, a known consequence of excess caffeine consumption," Professor Hyppönen added. "In order to maintain a healthy heart and a healthy blood pressure, people must limit their coffees to fewer than six cups a day.”

Other studies have indicated that drinking a moderate amount of coffee can actually have health benefits. A 2017 study from the University of Southampton and the University of Edinburgh, lead by Dr. Robin Poole and published in the BMJ, found that three to four cups a day are "more likely to benefit health than harm it."

Coffee can also offer mental health benefits, as Stacy Lu wrote for the American Psychological Association's gradPsych magazine. It "measurably boosts cognitive performance," Lu wrote, while studies have indicated an association between coffee consumption and a lessened risk of depression and cognitive decline.

However, Lu added, "Five cups of coffee and more may bring on worsening symptoms, including anxiety, agitation, headache, rambling speech and excitement," while caffeine consumption can also worsen "symptoms of anxiety and panic disorder." What's more, drinking coffee up to six hours before you go to sleep can impact your circadian rhythm and reduce the length and quality of your sleep.

So moderate coffee consumption can have a positive impact on your health — and "moderate" consumption actually allows for a few more cups than you might expect. If you're dealing with an anxiety or panic disorder, or struggling to get an adequate amount of sleep, however? It might be worth cutting down on the caffeine.