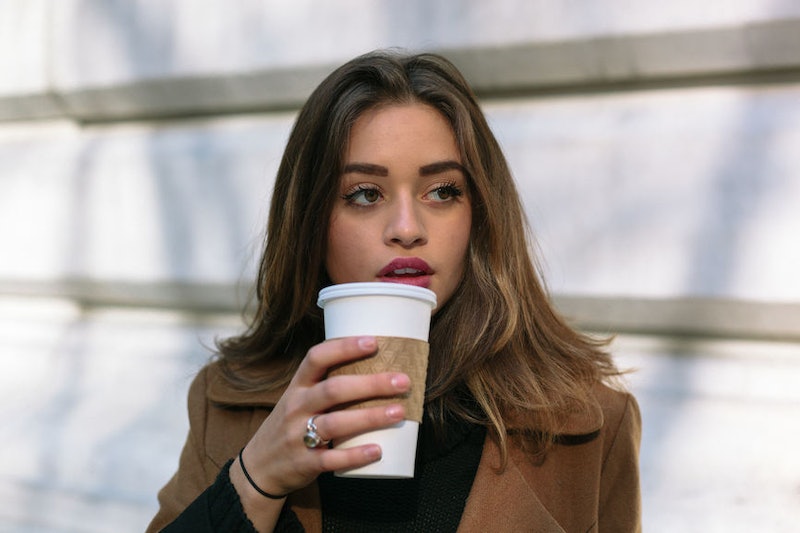 There's a number of obvious factors that influence how much coffee you drink. How much sleep you got last night, for instance, or how many times your needy cat woke you up. The proximity of the nearest Starbucks to your office. The number of urgent and acutely stressful deadlines clogging your diary. But before you chastise yourself for your complete caffeine dependence, here's something else that plays a major role: your genetics. A new study has indicated that the amount of coffee you drink is related to your genetically influenced sensitivity to its bitter taste — and oddly, the more sensitive you are, the more you're likely to drink. Isn't that a useful fact to have at your disposal the next time your colleague side-eyes you for your fifth cup of the day?

Researchers from Northwestern University in the U.S. and QIMR Berghofer Medical Research Institute in Australia studied the connection between our perception of coffee's bitterness and how much of it we drink. Bitterness, the researchers noted, should dissuade us from drinking coffee and other bitter substances at all — after all, we developed the taste to prevent us consuming harmful things. And yet a quick glance at the morning queue at the nearest coffee shop is enough to demonstrate that's far from the case.

The study, published in Scientific Reports, investigated the association between sensitivity to the bitterness of caffeine and coffee consumption in over 400,000 people in the UK. The researchers looked for a connection between the presence of genetic variants associated with sensitivity to caffeine and the amount of coffee the participants self-reported drinking.

The results? The people more sensitive to the bitter taste of coffee actually drank more of it. "Given humans generally avoid bitter tastes, we interpret these findings as possibly a learned behaviour," co-author Dr Marilyn Cornelis, from Northwestern, told the Guardian. "If we can perceive caffeine well we associate this with the psychostimulant properties of caffeine and so seek more coffee." Simply put, if you're more sensitive to coffee, you're likely to associate it more strongly with its precious energising effects — and drink a lot more as a result.

Taste, the researchers suggest, isn't just down to chance, or the environment around you; instead, it's heavily influenced by your genetics. Ever wondered why you require a constant supply of caffeine to make it through the day, while Katie at the desk next to you seems just fine with her fruit-infused water? The answer, it turns out, might be in your genes.