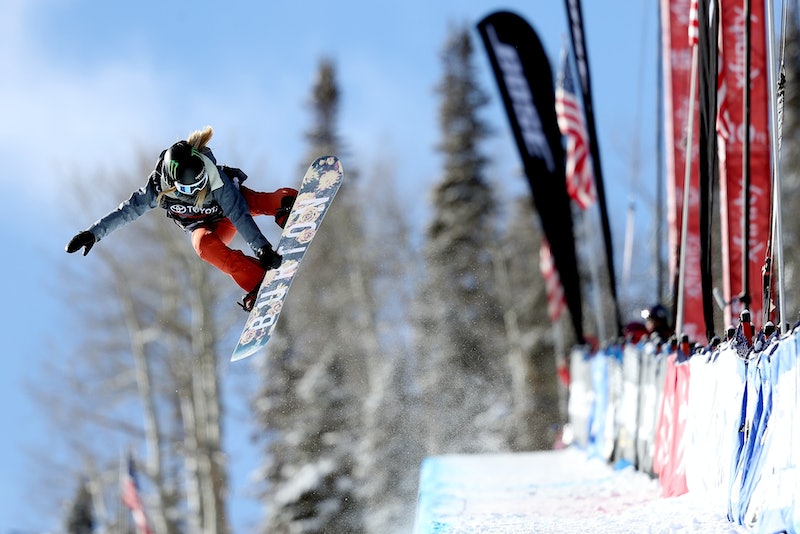 Being an Olympic athlete requires a tremendous amount of dedication — and understandably so. The sports are all grueling, and to actually make it to the Olympics, an athlete needs to have trained in said grueling sport for most of their lives in order to even have a chance at making it to the games. More often than not, athletes are so focused on their training that it takes over their entire lives. Because of this, they don't have time to work or earn a living in some way — a thought that leads many people to wonder: How much do Olympians get paid?

The short answer? Uh, nothing. According to Business Insider, Olympians don't get paid simply for participating in the games by anyone associated with the Olympics. The long answer, though, is a little more complicated than that.

While an Olympic athlete won't get paid for being part of the games, they will get paid if they win — from a variety of sources. Medal bonuses are the most common way Olympians see money from their sport of choice, for starters: The national Olympic committees from some countries offer monetary prizes for placing first, second, or third. Remember — there are thousands of athletes participating, and only about 1,000 medals being awarded. That means that thousands of athletes aren't seeing a dime from their hard work and dedication if they don't actually win any medals.

The United States Olympic Committee (the USOC), for instance, pays athletes when they place first, second, or third. The prize for a gold medal is $25,000, $15,000 for a silver medal, and $10,000 for a bronze. The more medals athletes win, the more money they make. If a team wins, each member gets their own money — the team doesn't all split one sum. This money is meant as an incentive, and according to Forbes, began in 1994. Some athletes will also get money from their sports' organization, like USA Swimming, or USA Wrestling.

That amount of money might sound great (I don't know anyone who would turn down $15,000), but it's actually not that much when you really think about it. Aside from the fact that taxes still need to be taken out, this money is meant to compensate for an entire lives' worth of work — that doesn't really make up for that! To add insult to injury, Forbes says that USOC hasn't increased the medal payouts since 2002, meaning that 16 years of inflation have not been accounted for.

Well, at least Olympians don't have to pay to get to the games and stay there too, right? Uh, not really: Olympic committees will usually cover travel expenses, but MoneyUnder30 claims it typically is not enough to cover everything, and athletes usually have to bring in their own money to pay for everything.

When it comes down to it, the only way Olympic athletes are seeing lots of cash is if they're winning big and becoming very famous, thus getting sponsorship deals. Olympians can make millions of dollars off of sponsorship deals, which explains why you see so many of them doing exactly that. Michael Phelps reportedly made $5 million for an UnderArmor deal, Forbes reported Usian Bolt makes about $33 million a year off endorsement deals, and Novak Djokovic supposedly earned $55.8 million in one year. Remember, though: only a handful of Olympians each year will reach the level of fame required to make that much money off of endorsements. Big companies like Nike and Gatorade are looking for athletes who aren't just winning medals, but also becoming famous for their own personalities.

Basically, when it comes to the Olympics, athletes either go home with close to nothing, or millions of dollars — and it all depends on how well they do in their sport of choice.