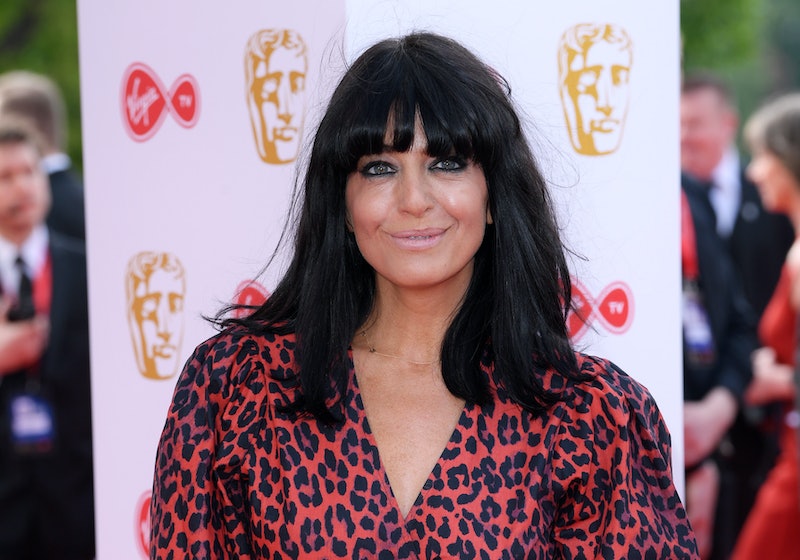 Claudia Winkleman has become as synonymous with Strictly Come Dancing as the glitter ball trophy itself, hosting up a storm with her colleague Tess Daly for the past four years. The BBC One show just wouldn’t be the same without her, so it’s not surprising that the network knows it, given that she’s officially the highest paid woman at the Beeb, according to its 2017 annual salary report. But, how much does Claudia Winkleman earn on Strictly specifically?

Well, the answer’s a little more complicated than you might think. The annual salary report I just mentioned lists the wages of last year's highest paid BBC stars. In case you're wondering how Winkleman fared, she came in at number 14, with a pay day of £370-379,000. That figures covers her "BBC Radio 2 and BBC TV fee for a range of programmes", however, her Strictly fee was not included. In the report, it is explained that as Strictly is a BBC Studios show and "a commercial entity" (aka not covered by our TV licence payments), the Beeb had to omit any earnings the presenter made from the series.

This means that Winkleman’s £370-379,000 cheque is just a fraction of what she makes a year, and that if her Strictly money had been taken into account, she could have been bumped much higher up on that salary report. The list, which was largely dominated by white men, was topped by Gary Lineker who will be making £1,750,000-£1,759,999 this year.

Rewind back to the 2016-2017 annual salary report, and you'll notice that Winkleman was earning a lot more. According to the list, she was taking home between 450,000-£499,999 from the BBC. It's worth noting that this report does appear to include her Strictly earnings, which would explain the significant difference. If the dramatic change is solely due to the inclusion of her Strictly earnings, this would suggest that Winkleman is paid between £80,000-£120,999 for hosting the show alongside Daly. Pretty tidy, if I do say so myself. And given that Strictly had its highest ever ratings that year according to The Huffington Post, it probably put her in a better position to negotiate a pay rise so that number might be even higher for all I know.

I’ve reached out to the BBC for comment but am yet to hear back.

When Claudia was asked about her pay packet being disclosed to the public, she said to The Sun, "I’m all for it. I totally understand it. We’re working for the public, so why shouldn’t they know. We get paid an awful lot of money and it’s a marketplace. It’s bonkers."

Another issue that the BBC flagged in its report is that it didn't factor in any of its staff's external payouts from other commercial gigs, meaning the names on its list probably earn way more than the disclosed figures. Winkleman also mentioned to The Sun that "commercial stations pay a whole lot more — double, three times, four times more" than the Beeb (and I can’t wrap my head around that much money RN). One the host's other gigs is a Sunday Times Style column and it's apparently a pretty lucrative one, as the Express reported that she was allegedly making £75,000 for it.

Not too shabby, if I do say so myself. In any case, I can’t wait to see her on Strictly again, serving quips and lewks alongside her signature jet black eyeliner. IMO this season could be even more massive than the last, as they’ve attracted talent like social campaigner Katie Piper, vlogger Joe Sugg (whose sibling is a little known celeb called Zoella), Steps’ Faye Tozer, and Red Dwarf’s Danny John-Jules.

The 16th series of Strictly Come Dancing will air on BBC One later this year.