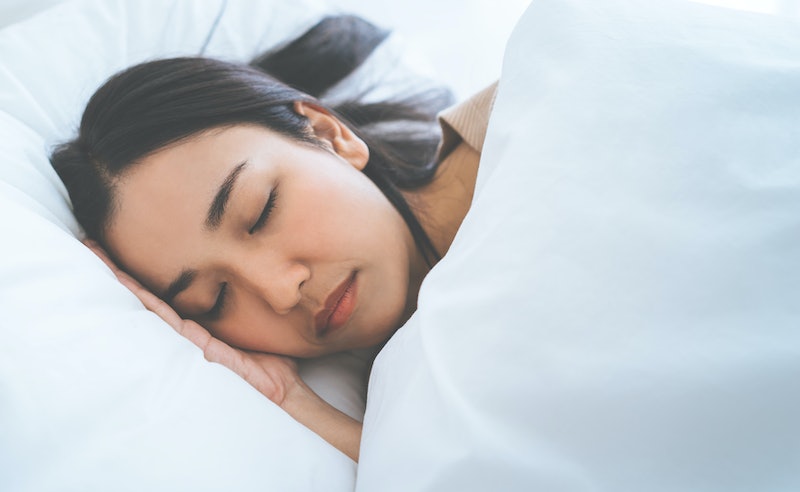 The world’s largest sleep study ever just revealed the exact amount of sleep you need every night. While the minimum number of hours recommended for healthy functioning aren’t that surprising, researchers found that actually sleeping too much can harm your health and cognitive function just as much as sleeping too little does, the new study says.

According to a recent press release, researchers from the University of Western Ontario launched the world’s largest sleep study in June 2017, and surveyed over 40,000 global participants throughout the course of the research. Study subjects were asked to complete an online questionnaire and cognitive performance activities, in order to show how too much or too little sleep affects cognitive function.

“We really wanted to capture the sleeping habits of people around the entire globe. Obviously, there have been many smaller sleep studies of people in laboratories, but we wanted to find out what sleep is like in the real world,” study author Adrian Owen said in the study’s press release. Owen further explained that study participants shared information via the lengthy online questionnaire about their ages, whether they were taking any medications, their education levels, and where in the world they lived. “These are all factors that might have contributed to some of the results,” Owen said.

According to Inc., this sleep study is distinct from previous ones because it focuses on real-world sleeping conditions, while also encompassing so many participants. Inc., notes that researchers aimed to understand how people sleep in the real world, and how those sleep habits impact people’s brain function. After analyzing the data from 132,000 reported nights of sleep, the study’s authors were able to figure out how much you sleep affects cognitive function and overall health. They found that the optimum amount of hours of sleep needed to keep your brain healthy is between seven and eight hours per night, Inc., further notes. And not only is this amount of sleep best for brain function, it’s healthiest for the body, too.

Surprisingly, researchers found that sleep affected all surveyed adult participants equally, according to the press release. And not only were the effects of sleep remarkably consistent among the study’s subjects, researchers also found that too much sleep hurts people’s health as much as too little sleep does.

“We found that the optimum amount of sleep to keep your brain performing its best is seven to eight hours every night, and that corresponds to what you doctor will tell you you need to keep your body in tip-top shape as well. We also found that people who slept more than that amount were equally impaired as those who slept too little,” lead study author Conor Wild said in the press release.

Inc., notes that according to Gallup, most people in the United States sleep an average of just over six hours per night, with almost half getting no more than six hours. So, getting too much sleep isn’t the problem for the majority of folks. That said, that extra hour or two of sleep per night is key to good health. According to the study, participants’ verbal and reasoning functions were most dramatically impacted by too-little sleep, while short-term memory wasn’t affected so much.

On an encouraging note, researchers found that even one night of adequate sleep can help improve functioning a lot — participants who slept more than their usual amount the night before performed better the next day. So, if you’re worried about the cumulative effects of not getting enough sleep, aim to get that extra hour or two in every night, ASAP. Your brain and your body will thank you for that much-needed rest, and you’ll be feeling better before you know it.