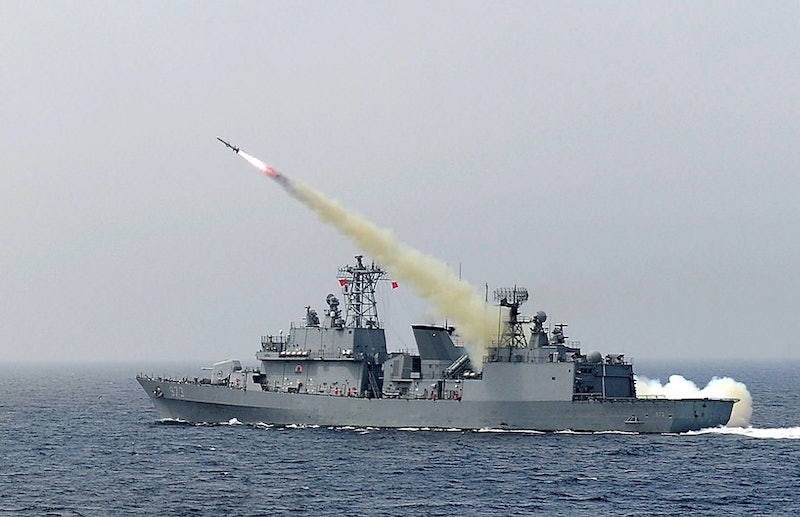 If President Trump actually follows through on his threats to North Korea, the United States could potentially could see a slew of new problems. A strike from the North, as well as potential nuclear retaliation from the United States would endanger both the United States and our allies in the region. But another consideration when it comes to going to war is the cost. Exactly how much would a war with North Korea cost?

The answer is complicated, and without knowledge of the U.S. plan of attack, it would be hard for even an expert to estimate the true costs. But, this would not be the first time the United States engaged in war on the Korean peninsula. From 1950 to 1953, the U.S. Army fought alongside South Korea against North Korea and China, who also received supplies from the Soviet Union. Estimates of what the country spent range from $30 billion to $67 billion in 1950s dollars. That means today it would cost about $341 billion on the low end of the estimate, according to the Congressional Research Service.

Of course, war is fought quite differently now than it was in 1950. Drones, surveillance planes, and other automated weapons of war don't come cheap. But savings arise in other areas. That's what makes the estimate so difficult.

From 2003 to 2010 in Iraq, the U.S. spent about $784 billion in comparable dollars. That's a bigger price tag, but the war was seven years — not three, like the Korean war. If you look at what was spent in Afghanistan over about nine years, it was about $321 billion.

However, fear that Trump may have specifically hinted at nuclear annihilation, not jut nuclear war, in his threats toward North Korea. He did use the language, "fire and fury like the world has never seen," after all. To get an idea of that cost, take a look at World War II. The development of the two atomic bombs that were dropped on Hiroshima and Nagasaki was $2 billion at the time. We now have a nuclear arsenal in place that costs about $20 billion to $25 billion a year to maintain. That of course is the cost to maintain — not to use them.

But regardless of the military strategy used, a war is especially expensive when you consider that it could drive global trade to a standstill. If North Korea counterattacks South Korea, or if fighting disrupts factories in South Korea, everything from car manufacturers to Apple could be affected. That could cost the global economy some $350 billion, according to Foreign Policy magazine.

On top of these economic concerns, there are other costs to consider. In human costs, the first Korean War was devastating on all sides. The U.S. alone lost more than 36,000 troops, and nearly 3 million civilians on the peninsula were thought to have lost their lives. A cost of that magnitude is beyond imagination.

Trump and the North Korean might continue to trade threats, but anything more would come at a great cost.