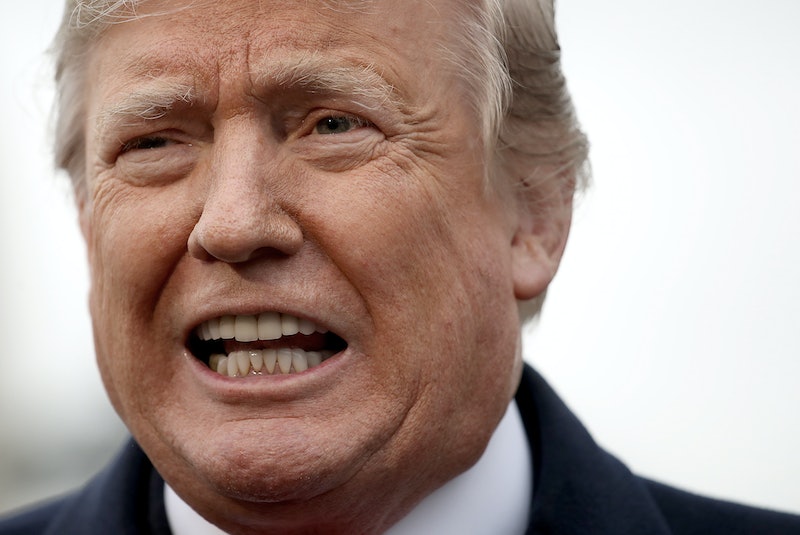 On Sunday, President Trump ordered a partial closure of the U.S.-Mexico border, and threatened to "close the Border permanently" in tweet the next day. All of this raises the question of just how much shutting down the border would cost.

There's never been a full closure of the U.S.-Mexico border, so it's impossible to answer that question with certainty. But there have been partial closures and simulations on the topic in the past, and they shed a bit of light on what kind of economic consequences a full border shutdown would carry.

The main issue is the economic activity generated by imports and exports, which would be halted immediately by a full border closure. According to CBS News, around $558 billion worth of goods flow across America's southern border in both directions, and that economic activity would all come to a screeching halt if the entire southern border were closed. Duncan Wood, director of the Wilson Center's Mexico Institute, says that this would, in essence, cause the economies of both the U.S. and Mexico to collapse.

"If you are thinking about a total shutdown of the border, then it's hundreds of millions of dollars a day — maybe a billion," Wood told CBS MoneyWatch. "It's an economic impossibility. Literally, the two economies would grind to a halt. Both economies are set up to depend upon cross-border trade." In a separate interview with the San Diego Tribune, Wood said that shutting down the border would result in "disastrous, catastrophic losses on both sides of the border."

Local economies got a taste of this on Sunday, when Trump briefly shut down the San Ysidro border crossing, the busiest passenger land crossing between the U.S. and Mexico. Over the course of just five hours — the total time the border was closed —  San Ysidro businesses lost $5.3 million, according to the local chamber of commerce. And that number is almost certainly an understatement, as it only reflects the financial hits to businesses that are a) located on the American side of the border and b) members of the San Ysidro Chamber of Commerce.

There have been some limited studies on the subject as well. Although none of them specifically tackle the question of how much a U.S.-Mexico border shutdown would cost, they do tackle related questions, and come to an unambiguous conclusion: Closing the southern border would be an economic disaster.

In 2011, researchers at the CREATE Homeland Security Center at the University of Southern California conducted a simulation to determine the economic impact of closing both the U.S.-Mexican border and the U.S.-Canada border for one year. They determined that doing so would result in a staggering 48 percent reduction in both GDP and employment in the U.S.

Meanwhile, a much smaller study from 2006 addressed the costs of long lines and traffic congestion at U.S.-Mexico border crossings, and found that they result in an annual loss of $7.2 billion in economic output and 62,000 jobs in both countries.

Although it's not possible to say exactly how much an absolute shutdown of the United States' southern border would cost, all of the available evidence suggests that it be prohibitively expensive at best, and likely wreak havoc on America's economy.