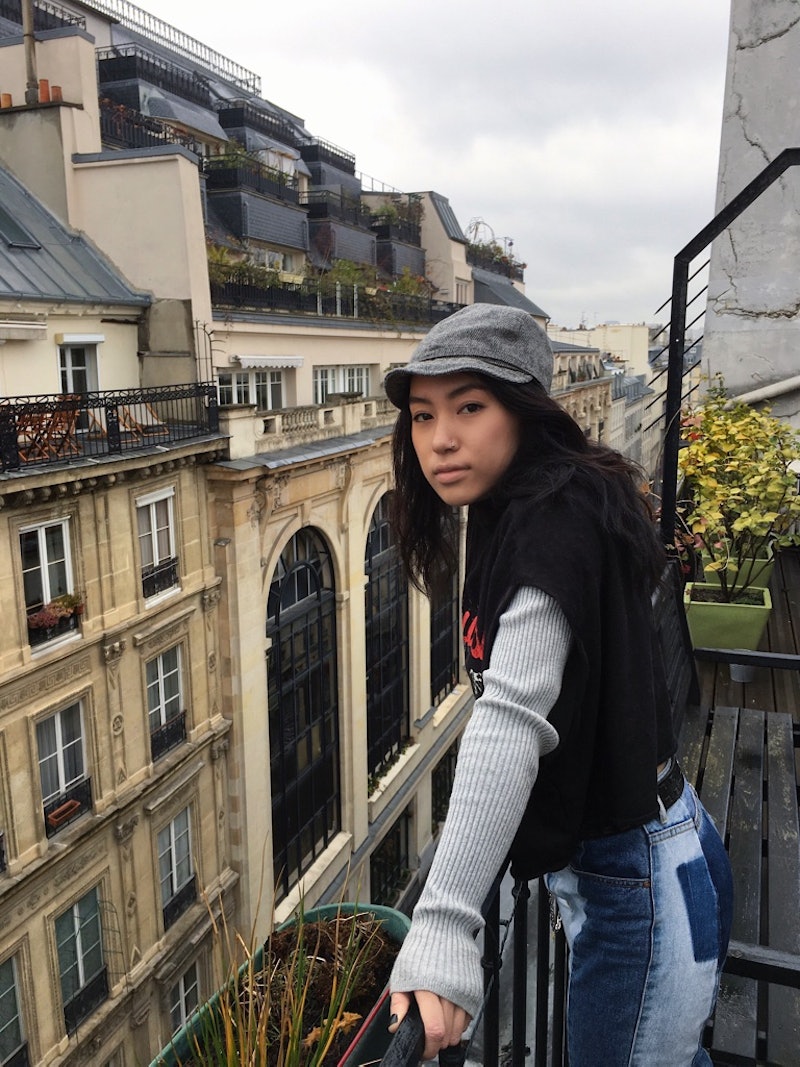 “皮肤太难堪,” the nurse at the hospital in Chongqing, China, said to me. Though my Mandarin level is nowhere near proficient, it was simple enough of a phrase for me to understand, given how she was visibly repulsed by my skin. "Skin is too ugly." I wasn’t even in the hospital for a skin-related reason — I was there for a gynecologist check-up. But my eczema sparked the same reaction as it did stateside — it's the same across cultures, oceans, and languages.

Though eczema is typically outgrown after childhood, it affects approximately 16.5 million adults in the U.S., according to the National Eczema Association. The illness causes the immune system to be overactive, resulting in the body targeting and damaging its own tissues. Due to a defect in the skin barrier, the skin struggles to retain moisture and is almost always dry, cracking, and inviting in bacteria, which only exacerbates the rashes. Finding and accurately identifying eczema triggers, which can be as everyday as dust or stress or as complicated as salicylic acid or methylparaben, is not just time-consuming, but mentally taxing and costly.

What I do to keep my eczema at bay makes me seem uptight. I can't lay down on a carpet, cuddle with a furry dog, or lounge in my bed with clothes that I've worn outside. While the correlation between food triggers and eczema is debated, my eczema symptoms get better when I consume spices, sugar, and salt in minimal amounts, or not at all. Alcohol also feels like a trigger for me, though this might not be the case for everyone. Declining to drink on nights out means I spend the night explaining why there’s a glass of water in my hand, fending off comments to "Have a little bit," and convincing others that yes, I can enjoy the night sober. These behaviors are exercises to carefully control my environment and my eczema — not to make me on edge.

Part of what's frustrating about the disease, as is the case with others, is that there is no definitive cure or tried-and-true fix. It's been a trial-and-error process to find what works for me individually. There are days that are harder than others: Sometimes, my skin will split and form cracks, becoming a breeding ground for infection, and it will be painful to bend my fingers or knees. Elements as natural as water can feel like knives.

The feeling and the physical appearance of eczema-related inflammation can also impede my ability to go about my day. It can also cause social anxiety, dampening my hangouts with friends. A survey conducted by the National Eczema Association has even found that over 30% of people with eczema were diagnosed with depression or anxiety, partly attributed to feeling embarrassed, ashamed, or self-conscious of the condition.

Living with a chronic illness is a mental game as much as it is a physical one. I’ve been asked if my eczema was contagious (it's not) on a first date, heard rumors that I have skin cancer, and had my illness used as a means for a classmate to jog their memory of who I am. It’s difficult to feel seen when you feel like you are only seen for your skin. But as frustrating and draining as this illness can be, eczema has shown me what developing my self-esteem — amid triggers, comments, and physical and mental discomfort — can look like.

Through it all, my condition has also been a test of fortitude. Having once been too embarrassed to even utter the word eczema, it is now something I have no problem explaining. After years of blaming my illness on my genetics, I now look at it as neutral. The turning point was when I moved almost 3,000 miles away for my first year of university, leaving behind the small bubble I grew up in. In between then and now lie countless experiences of travel and change, showing me that there exists so much more than my disease.

Shifting away from worrying about the approval or understanding of others has led me to divert my energy towards achieving my goals and treasuring those who don't define me by my skin. If I couldn't fully control my disease, I would try to control other aspects of my life, like checking off my bucket list. Slowly but surely, I've grown into my own, though this is something that has to be maintained on the regular.

My eczema has made me not just more health-conscious, but more compassionate. I’ve become more empathetic of others who are battling health conditions of their own, knowing that we share the physical and mental toll these illnesses can take. I’ve become more knowledgeable about the human body, and I’m more appreciative of how hard it works each day for me. Ultimately, I’ve realized that being strong isn’t a choice when it’s the only option that I have.

Eczema isn't talked about nearly enough. It doesn't appear appealing enough for cinematic entertainment, as a central plot line or a detail in a character’s life. I wished I had grown up seeing eczema more widely addressed outside of the confines of my own experience, even in an ad. But much as I’d like to see this condition receive more media representation, in the narrative of my own life, I choose for my eczema to not be cast in a lead role. The comments and the stares are not easily forgotten, but they no longer cut as deep as they once did. I still wear bikinis and shorts in the summer, rashes and all, and I've never been tempted to cover any affected areas with makeup. I've let myself be human, and normalized the imperfections that have come along the way. My eczema is a part of me, but it's not all of me.