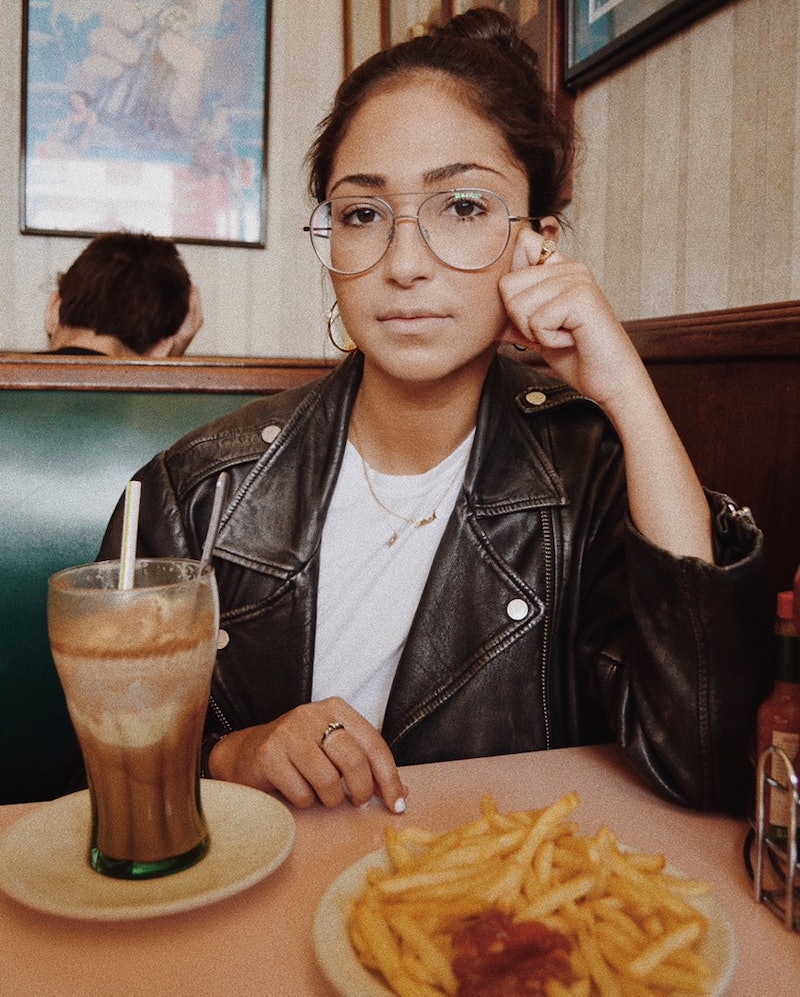 For as long as I can remember, I lived in fear of carbs, and the havoc I believed they could wreak on my body.

I grew up in a pretty health-conscious household. There was a time when I would blissfully order sugar-filled coffee drinks after school without thinking about the nutritional value, and in elementary school, my go-to homework snack would be hint of lime tortilla chips. But somewhere down the line, I started opting instead for sparkling water, and replaced chips with fruits and unsalted nuts.

There were other factors that influenced my relationship toward carbs. My mother was obsessed with health fads, and slowly eradicated traces of grains from our kitchen, from sliced whole wheat bread, to five-grain cereal. The last traces of carbs were, well, vegetables.

While my aversion to carbs began years prior, my physical eating disorder didn't start until high school, when my weight naturally caught up with my height. Having internalized that weight gain was to be avoided at all costs, I was scared out of my mind. I thought my body had turned against me. So I started drinking so-called "detox" teas, which gave me nonstop diarrhea, but made me feel "light" — to the point where carrying anything in my system felt like a ton of bricks. I cut out all carbs and sugar in my diet, and thought of all processed food as poison. I also started exercising to excess, sometimes twice a day. The combination of cardio, diet, and my addiction to the laxatives sent me straight to rock bottom. I now recognize this is a form of disordered eating, but at the time I had no idea.

My freshman year of college, this changed. I'd started drinking more beer and eating late-night snacks to soak it up, as college students do. I was constantly dealing with heartburn, nausea, and horrible acid reflux — consequences, I thought, of reintroducing these foods back into my diet after years of "detox" tea. And then these symptoms got much worse. Whenever I tried to digest a meal, I began involuntarily projectile vomiting. I could be sitting up in bed, and the next thing I'd know, my lunch was splattered all over my pajamas. I could be out at a party flirting with a cute guy, and seconds later, sprawled on the bathroom floor.

Terrified, I told myself I wasn't throwing up — I was spitting up! Totally different. I tried to control the situation with my diet, but the symptoms persisted. It was painful, embarrassing, and really, really gross. When I went home that year for Thanksgiving break, my mom had to hold back my hair for hours. I'll never forget the look on her face when I told her I thought I was dying. I went to a specialist (the first of many) later that week, who tested me for allergies. Gluten came back positive several days later.

I hadn't even heard of gluten, nor celiac disease, before my diagnosis. The night I received my diagnosis, I stayed up until sunrise reading about it. I learned that celiac disease is an autoimmune disease, caused by damaged villi in the small intestine that prevent food absorption. I discovered that one in 100 people are diagnosed with celiac disease, and that it was chronic — meaning I'd never grow out of it. The only known treatment is a gluten-free diet. The revelation that I would have to cope with this for the rest of my life was scary, but it was also a wake-up call. My conviction to treat my celiac disease was also my conviction to get healthy — like, actually healthy.

Loving my body is something that I'll probably grapple with my entire life, but it grows easier and more nourishing, in every sense of the word, every single day.

Suddenly, I celebrated the ability to eat rice (no gluten!), without being afraid of the ways in which eating a carb would affect my body. I learned to incorporate things that had left my system long ago — like bread, pastries, and desserts — because I got so excited whenever I found a gluten-free option that I could eat. All the guilt I associated with eating foods that I thought were "bad" for me was suddenly gone. I had to embrace my body and my new digestive system, and learn a new definition of "healthy."

Two years after my celiac diagnosis, my symptoms began to flare up again. After another six months of endoscopies, tests, and a gastric emptying study, I learned that I additionally had gastroparesis, a gastrointestinal illness which essentially means that I digest food at half speed, because the nerves that line my stomach are damaged, due to the laxatives that I had abused for years. The knowledge that I had effectively destroyed my own digestive system was overwhelming. For the first time ever, I admitted to myself that I had — and in many ways always will — struggled with an eating disorder. Loving my body is something that I'll probably grapple with my entire life, but it grows easier and more nourishing, in every sense of the word, every single day.

I am finally in a place where I feel at peace with my body — mostly. I still go through periods of self-loathing, but I try to combat negative self-talk with things like yoga, which quiets my mind and centers my thoughts. I eat carbs without question, fueling myself in accordance with my hunger and cravings. When you're in recovery from an eating disorder, loving your body can sometimes feel impossible. But my celiac diagnosis has helped me to understand that my body is strong: I've put it through so much, and it continues to give back to me in the most wonderful of ways. My diagnosis allowed me to finally see food as pleasure, not just sustenance. It might seem like a little triumph for some, but to me, it's a victory.

More like this
Serena Williams' New Line Of Topicals Is Here To Save Your Sore Muscles
By Carolyn Steber
Dyson Is Dropping Futuristic, Air-Purifying Headphones
By Rachel Lapidos
Here's How To Support Jewish People Amid Rising Antisemitism
By Hannah Orenstein
Here’s How To Make The TikTok-Viral Sushi Bake
By Alexis Morillo
Get Even More From Bustle — Sign Up For The Newsletter