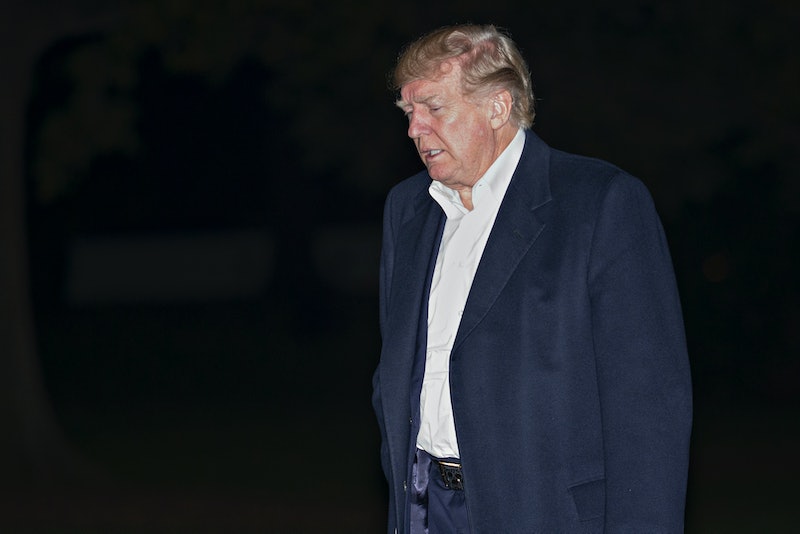 In the age of fake news and alternative facts, it's sometimes confusing to know where to turn to for reliable information. It would seem that's not the President of the United States. The Washington Post has been tracking every false or misleading statement that Trump has said since his inauguration, and it works out to about 5.5 non-truths a day. In total 1,628 were made in his 298 days in office as of Monday. And it seems to be increasing. The Post noted that in the past month the rate has risen to nine a day.

If you don't believe the mainstream media, or would like to see it for yourself, you're in luck. The paper has created an infographic and database with the logged statements that can inform in lots of different ways. The infographic, for one, shows the spikes and low points over time of Trump's false statements too. It adds notes for interesting occurrences in Trump's presidency that have led to a rise in misleading comments, like when he signed the first travel ban, Comey testified in Congress, or when Special Council Robert Mueller filed charges against former members of the Trump Campaign.

You can also see Trump's most repeated claims, and the days on which he says them. The most repeated claim — some 60 times — is about Obamacare. As The Post puts it, these are "some variation of the statement that the Affordable Care Act is dying and 'essentially dead.'" There are criticisms to be made of the law, but ultimately it's inaccurate to claim that it's dead. The Congressional Budget Office has looked at the law and potential replacements, and it has never found the bill to be imploding.

The next most repeated claim — at 57 — has to do with the stock market. "We have the highest stock market we've ever had," Trump has said. While this is true, it's also misleading because Trump used to say from the campaign trail that the stock market was a bubble that would crash with higher interest rates. Now that he's in charge and can take credit, that concern has vanished.

Next up is his taking credit for economic trends or decisions of multinationals that had already been made or began before he was even president. He has said something along these lines 55 times. For example, the infographic points out he said, “And companies are moving into the United States. A lot of companies are moving. They're moving back. They want to be there. The enthusiasm levels are the highest ever recorded on the charts."

Now, in recent months, The Post points out that false and misleading statements have been on the rise. For one, this wouldn't be the biggest tax cut of all time. But more importantly, Trump has said that the United States is paying the highest corporate tax rate or is one of the countries with the highest taxes some 50 times. Both are untrue when you consider deductions and other highly taxed European countries.

In addition to these key takeaways, you can also draw your own conclusions, by searching through the database. Focus specifically on something like false or misleading claims that were made on Twitter. Or compare what he says in an interview with prepared remarks.

You can also search specifically on one topic. For example, click on Russia and you can see the dozens of things he has said and how many times they have been repeated. Other topics range from the environment, to immigration and guns.

The tracker will be updated going forward, so keep on track of what President Trump has said, and make sure you have the facts straight.