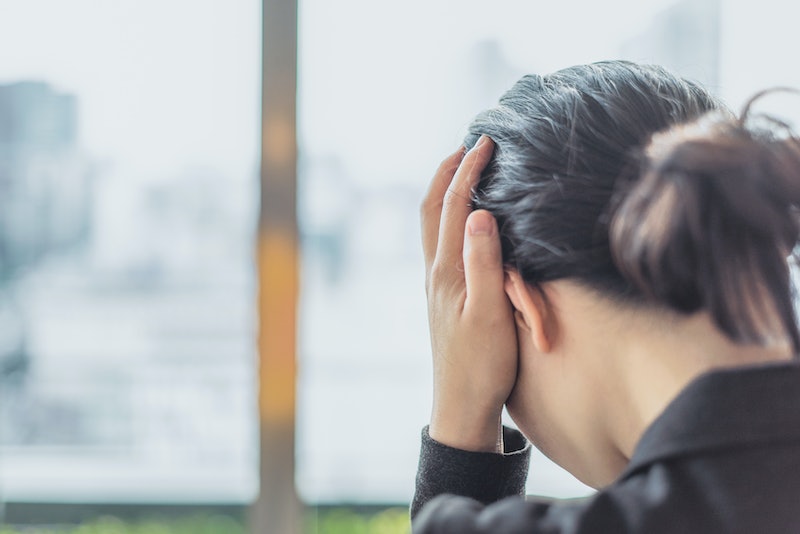 Even if you haven't had a migraine, you've probably heard that the pain is awful — but just how excruciating are migraine headaches? A new study says that a bad migraine can be more painful than childbirth, kidney stones or broken bones. The study, sponsored by pharmaceutical company Eli Lilly and conducted by Nielsen, involved a survey of 1,018 people. Half had migraine conditions, about 20 percent knew someone with a migraine condition and the other 30 percent had no familiarity with migraines.

What's the difference between a migraine and a normal headache, you might be asking? According to Healthline, tension headaches bring aching and uncomfortable pressure, while migraines often have symptoms not related to head pain, like nausea, temple pain, sensitivity to light and even a temporary loss of vision. The Migraine Research Foundation says migraine is more than a bad headache — it's a "neurological disease with extremely incapacitating neurological symptoms."

Obviously, this doesn't sound like a walk in the park, but the fact that the pain is being rated worse than delivering a baby is surprising. According to the study, migraine sufferers who have experienced both labor and migraine gave childbirth a 7.6 on a scale of 1 to 10, with 10 being most painful. Their worst migraine was rated an 8.6, on average.

According to WebMD, migraine sufferers face stigma from people who don't think the condition is that big of a deal, but this report shows just how pervasive and damaging migraines can be. They don't just bring pain — they can also make it hard for people to socialize and live their lives normally. Survey respondents who get migraines told researchers that they miss celebrations like birthday parties and graduations because of the pain.

Dr. Sheena Aurora, a medical fellow at Eli Lilly, said in a press release that she's witnessed the effect migraines have. “As a practicing neurologist, I saw firsthand both the burden faced by people living with this often disabling, neurological disease, and the feeling that people must ‘power through’ their lives because those around them may not understand just how all-encompassing migraine can be."

Dealing with migraines can also affect career trajectory and even how much money you make. More than half of people with migraines say their career goals have changed as a result, and 32 percent of migraine sufferers have refused job promotions and other opportunities. They also say they make less than they could because of the condition.

“Results from the Migraine Impact Report support what physicians who care for patients with migraine have known for many years. The results also demonstrate the severity of this disease and the pervasive impact migraine has on an individual’s personal, family and professional life,” said Dr. Timothy R. Smith, vice president of the National Headache Foundation, in the press release. “These findings shine a spotlight on the serious need for additional treatment options for the more than 36 million Americans battling with migraine, many of whom lack a treatment option that addresses their symptoms and allows them to function in their day-to-day lives or which is tolerable for them.”

Smith's point about migraine treatment options is an important one. While treatment options like prescription medication, Botox and cognitive behavior therapy can help reduce the frequency of migraines, there's no surefire cure. According to the Migraine Research Foundation, the majority of migraine sufferers don't seek medical treatment, and the condition is more likely to affect women — 85 percent of people with chronic migraines are female. It's important to acknowledge the seriousness of migraines and prioritize getting help for people who deal with them.