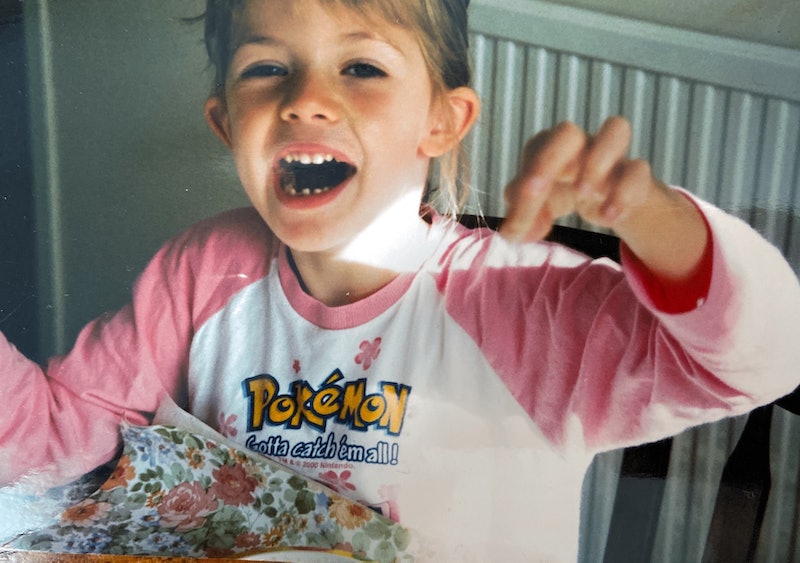 On Feb. 27, 1996, Pokémon Red and Green hit Japanese shelves for the first time. Three weeks before that, I entered the world. Whether it was fate or just coincidence, Pokémon ended up defining my personality and became the driving force behind my love of video games. Basically, as overdramatic as it sounds, if it weren't for Pokémon, I wouldn't be who I am today. I owe a lot to the franchise, especially the way in which it taught me to embrace my female gaming persona.

Before I jump into that, let's start from the beginning. Despite being the same age as the franchise, I wasn't introduced to it until 1999. This happened to be the year that Pokémon Red and Blue were made available in Europe (Green was exclusive to Japan). I hadn't managed to get my hands on a GameBoy just yet, so my older cousin gave me the honour of using his yellow GameBoy Colour whenever we were together. A couple years later, my parents gave me a GameBoy Advance for Christmas, and I inherited the Pokémon cartridges from my cousin, which then included Gold and Silver. My adoration for the franchise grew from there, and my family did everything they could to facilitate my love for it. My Dad used to travel a lot to the States for business during the height of 'Pokémania', so he'd always factor in picking up plushies and cards for my cousin and me. My collection of memorabilia has grown exponentially since those days, only now it's me scouring online and in supermarkets to find anything Pokémon related.

For some, it may seem pointless collecting games, figurines, toys, cards, and other merchandise but, for me, Pokémon has always been the purest form of escapism. It holds a nostalgic place in my heart, sure, but that's not it. Pokémon also helped me cope with my mental health in my early 20s.

I was diagnosed with generalised anxiety disorder and depression during university, just after I'd turned 20. I'd been dealing with the symptoms of both disorders well before I knew what they were, which were hugely exacerbated by years of bullying. It wasn't until I looked back that I realised what an immense effect bullying and isolation had on me, but Pokémon was always there to soften the blow and make me feel like I belonged somewhere.

Being able to reach for my GameBoy as a kid gave me stability, and it still does now, when I turn to my Nintendo DS or Switch. Especially since I've always been very introverted. Pokémon lets me feel comfortable losing myself and not feel super conscious about how others perceive me. I have control, and it's taught me that it's OK to spend time alone, and that it isn't weird not to be social.

Growing up in a huge, loving family also helped. I was raised mainly around guys, so I didn't really have a concept of gender growing up. I did everything they did, and they let me. I was a total tomboy, and my brother and I switched stereotypical gender roles on the daily. Our parents taught us to embrace who we were, regardless of gender. They taught us that we had the right to play with whatever toys and games we wanted.

Thankfully, Pokémon was one of the rare games on the market at the time that wasn't targeted to a specific gender. Even though you could only play as a male character in the first two generations of Pokémon, the game itself wasn't advertised as a macho brawl-like simulator or anything. You could name your character and your Pokémon whatever you liked (regardless of gender), and the aim was to simply catch 'em all. It still is now, just with a lot more options.

However, although Pokémon's lack of female characters — along with other game's blatant gender bias — didn't bother me at the time, looking back on it now, it feels like a real shame. Right now, the gender balance is improving, but it's still not where it should be, and maybe early adoption of gender-neutral features could have helped make progress quicker.

Pokémon began as an inclusive experience and will continue to be. In 2016, SurveyMonkey found that 63% of Pokémon Go players were female. Despite falling to 43% this year, The Pokémon Company continues to market the franchise as an all-inclusive entity rather than to a specific gender.

It makes me so happy that the kids picking up Pokémon for the first time now will be introduced to a world of endless possibilities, regardless of gender. And if it opens up the world of video games for girls, hopefully they will find the safety and comfort that Pokémon has always offered me.