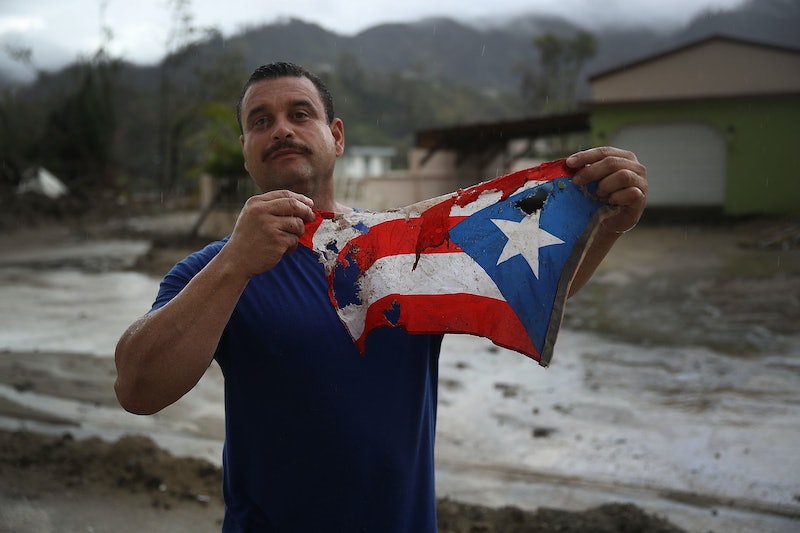 According to a report from NBC News, there is a new demographic in the Sunshine State that reportedly carries potentially transformative political power — and both liberal and conservative politicians are taking notice. After Hurricane Maria caused hundreds of thousands to move, Puerto Ricans could change Florida's political landscape to Democrat in the coming Senate election of 2018.

An estimated 189,000 Puerto Ricans have relocated to Florida in the wake of the devastating Category 5 hurricane that took place during this year's remarkably active hurricane season in September. The NBC News report, written by Carmen Sesin, narrated the stories of families who were hit by Hurricane Maria and relocated to the Sunshine State for shelter and another chance at life.

The report quoted a mother named Grisel Robles who said that she was taking notice of "who is defending our rights as Puerto Ricans." And this sentiment could be what ultimately shapes the Florida's future. Puerto Ricans like Robles could have a substantive say in the political makeup of the state as they formulate a potential group of swing voters who could be swayed by issues like how much humanitarian aid was sent to the island after Hurricane Maria as well as in-state efforts to help displaced Puerto Ricans find a semblance of normalcy away from their homes.

According to the report, the islanders are being encouraged to participate in local politics by registering to vote. Latino voter organizations like Mi Familia Vota are reportedly educating displaced Puerto Ricans on their rights as registered voters. The director of Mi Familia Vota, Esteban Garces, told NBC News, "Mi Familia Vota Florida plans to register upwards to 25,000 Latinos to vote in 2018 and expects at least half of those registered to be of Puerto Rican descent."

At this moment, Florida Republican Gov. Rick Scott may be in a cozy spot given his efforts to rehabilitate Puerto Ricans through disaster relief centers, waivers for public school enrollments for Puerto Rican children, and an announcement offering over 150 online courses through the Florida Virtual School for students from the island.

But as Scott enjoys some support from Puerto Ricans, President Donald Trump has reportedly offended locals with his treatment of the hurricane-ravaged island. Political scientist Angelo Falcón from the National Institute for Latino Policy told NBC News that Trump's public image was negative among Puerto Ricans. "People have been very angry at Trump and at the Republicans and the way Puerto Rico has been treated with the hurricane disaster, so I think that’s going to be an important factor," Falcón told the network.

It's not difficult to imagine the reason behind some Puerto Ricans' discontent. In October, Trump was seen launching paper towels to Hurricane Maria victims, which led to outrage on social media. While speaking with victims, Trump told them to "have a good time." In addition to the paper towel episode, which the president later defended as "beautiful," Trump appeared to have complained about recovery expenses to Puerto Rico officials when he said, "I hate to tell you, Puerto Rico, but you’ve thrown our budget a little out of whack."

If the paper towel launch and the apparent complaint weren't enough to plummet his public image, Trump elicited significant criticism online after he asked Puerto Rico governor Ricardo Rosselló about the local death toll after the hurricane. Rosselló told Trump that 16 at the time, had died. Trump compared Hurricane Maria to Hurricane Katrina, saying, "Sixteen versus literally thousands of people. You can be very proud. Everybody around this table, and everybody watching, can really be very proud of what’s taken place in Puerto Rico."

Remarks from the president like this might have left a bitter taste in the mouths of Puerto Ricans, many of whom are in Florida now. While Puerto Ricans can vote for their own legislative assembly, gubernatorial candidates, and a House representative known as a resident commissioner, islanders can't participate in presidential elections due to the 1917 Jones Act. But their lack of contentment and complicated participation rights may not go wasted, at least for Puerto Ricans who are now on the mainland and can register and participate in federal elections.

In the upcoming 2018 elections, these displaced Puerto Ricans might just use their dissatisfaction to shape the future of Florida's Senate, Congress, and gubernatorial candidates with their brutally honest votes.

More like this
Michigan’s Governor Is “Going To Fight Like Hell” To Protect Abortion Access
By Andrea Zelinski
How To Fight For Reproductive Rights, Based On How Much Time You Have
By Courtney Young
Harry Styles Called For "Backlash" In Powerful Statement On Abortion Rights
By El Hunt
10 Times Boris Johnson Got It Wrong On Trans Rights
By El Hunt and Sam Ramsden
Get Even More From Bustle — Sign Up For The Newsletter