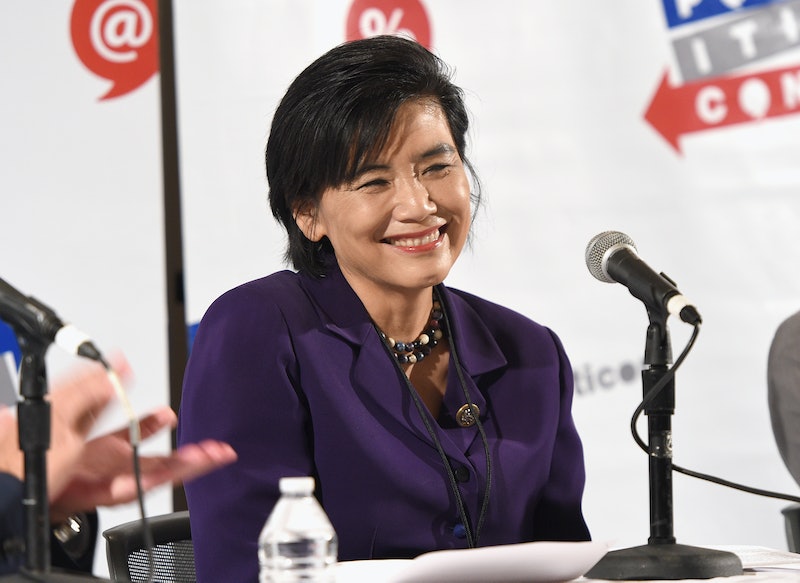 In this op-ed, Rep. Judy Chu (D-CA), who represents California’s 27th District and serves on the House Ways and Means and Small Business Committees, and Miriam Nunez, a UCLA student who's worked through CALPIRG Students to recruit other students to end hunger, detail how they’re working together to promote new solutions to end hunger on college campuses.

It’s dinner time on campus, and although college dining halls are abundantly stocked with food, many students are heading to food pantries to find a meal. Students like Miriam are already burdened with tuition, books, and housing costs. And last quarter, Miriam could not afford a meal plan. Unable to purchase food on campus and left with a campus food closet that was not always stocked, she went to class hungry and sometimes struggled to focus. For her, the hardest part was knowing how much dining hall food was going uneaten. This is the hidden reality of hunger on campus.

It is becoming more difficult for students to meet their basic needs while earning their degree. In our state, studies have found that 40% of respondents from University of California campuses and 42% from Cal State campuses face food insecurity. In addition, a recent survey of 123 colleges from Temple University’s Hope Center for College, Community and Justice reports that 45% of students who responded had experienced food insecurity within the past 30 days.

Almost 2 million at-risk students who were potentially eligible for food support did not receive benefits, according to a December 2018 report by the Government Accountability Office (GAO), and therefore had to forego or sacrifice their most basic needs to pursue a degree. This is unacceptable in a country where 40% of the food produced here goes to waste every year. Hunger should not be an issue students face, and that’s why we’re working together to end campus hunger.

On campuses around our state and across the country, millions of pounds of food have been rescued. Students and school administrations have collaborated to redistribute millions of meal swipes to students in need. Food pantries have become more and more common on campuses, providing food to students at no cost. In addition to these efforts, we believe the federal government should support the adoption of targeted practices that can end hunger.

The one resource currently blocking a bold plan to eliminate hunger and food waste is adequate funding. That is why Rep. Judy Chu (D-CA) and Rep. Roger Marshall (R-KS) have introduced H.R. 1723, the Campus Hunger Reduction Act of 2019. This bill would make colleges and universities eligible for Community Food Projects competitive grants.

Community Food Projects grants, administered by the U.S. Department of Agriculture, help nonprofits and public agencies address hunger through measures like food distribution, outreach, and increased self-reliance. But under current law, colleges and universities — despite often being both public and nonprofit — are ineligible to apply for these grants. This bipartisan legislation fixes this omission and opens up a new source of federal support to develop self-sustaining anti-hunger initiatives on campus.

Earning a college degree is already hard enough, but millions of students make the sacrifices necessary for a better future. Going hungry, especially in a land of such plenty, should not be one of those sacrifices.