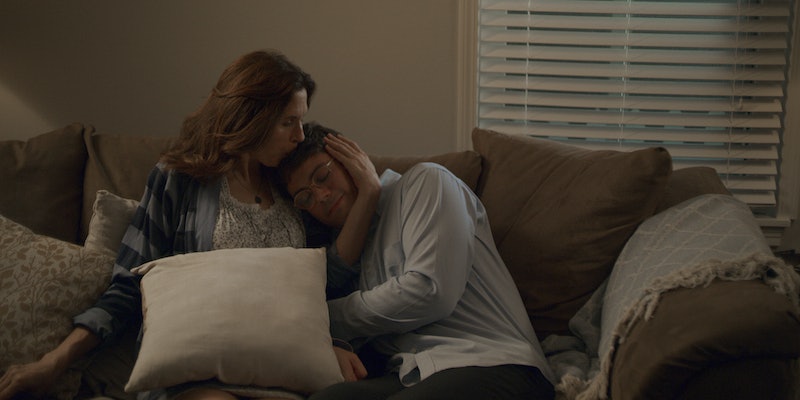 In 2015, writer Ryan O'Connell made a life-changing decision: after years spent publicly lying about a huge part of his life, he decided to come clean in his book I'm Special. As O'Connell told Vulture, he was hit by a car when he was 20, and when he moved to New York, most people assumed his limp was a result of the accident. He didn't correct them: as someone with a mild case of cerebral palsy, he'd always struggled to accept his disability, and he jumped at the chance to dissociate from it.

"In my eyes, I never related to having cerebral palsy. My case was so mild, and I really was just looking for any opportunity to get cerebral palsy off of me," O'Connell told Vulture. "So when the opportunity came to rewrite my identity as an accident victim — which in my eyes was very relatable because getting hit by a car could happen to any of us, whereas [with] cerebral palsy, you're born with it — I f*ckin' took it."

In a way, then, O'Connell's book acted as a second coming out story. He came out as gay when he was a junior in high school, then came out as a person with a disability as an adult. "I was denying this huge part of myself which was my disability, and it was causing a lot of problems for me emotionally," he told Variety. "Coming out of the disability closet was important for my development and my internalized ableism struggle, which is something I still deal with."

Now, O'Connell is bringing his story to TV with Special, which hits Netflix on April 12. In it, O'Connell plays a version of himself, also named Ryan, who faces a similar identity crisis while trying to move out of his mother's house and become a writer. But while the series mirrors much of O'Connell's real life, there are parts the show leaves out or simplifies, too, which is why the book is still worth a read.

During the first episode of the show, O'Connell's character is bumped by a car. It doesn't cause any major damage, but just as O'Connell did in real life, his character uses it as a crutch to hide his disability. In reality, though, the accident was much more serious.

“In reality it was really, really gnarly," he told Variety. "I developed this thing called Compartment Syndrome, which is something that only athletes get, and it’s basically when something hits you at such a force that it cuts off the oxygen supply to your muscles, so the muscles that were controlling my hand were dying. I had to have four hand surgeries, I was in hospital for a month, and I didn’t have any use of my left hand for about a year. It was très brutal."

There are, of course, many other differences between his book and the Netflix show (especially considering it's only eight 15-minute episodes). The book dives into how O'Connell actually lost his virginity (in Special, his character loses it to a sex worker) and how he got a job writing for shows like Will & Grace and Awkward, among other trials and accomplishments. Together, though, the book and the TV series aim to normalize disability and create space for others in marginalized communities, because those people exist, and they deserve to see themselves represented.

"I think that comedy is the greatest hope to normalize disability because people don't know how to act, they're really nervous around disability, and I think giving them permission to laugh it makes everyone feel more at ease," O'Connell told Variety. "Disabled people are strong, powerful people and they need to be included in the conversation." Special is making that happen.

More like this
What’s New On Netflix: 'Stranger Things' & 'Mean Girls'
By Arya Roshanian
What’s New On Netflix: The Return Of 'The Umbrella Academy'
By Arya Roshanian
Here’s Everything Coming To & Leaving Netflix In July
By Grace Wehniainen
Everything We Know About When To Expect The Rest Of The Upshaws Season 2
By Kadin Burnett
Get Even More From Bustle — Sign Up For The Newsletter