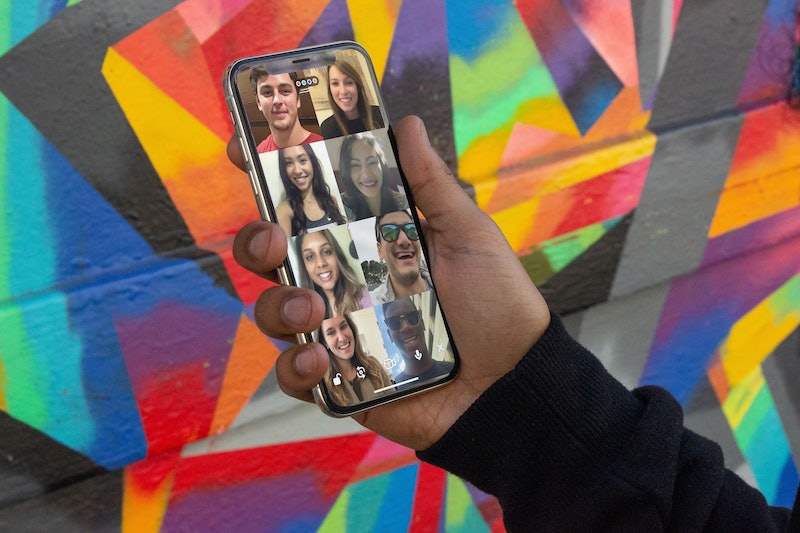 As millions across the globe are self-isolating amid the spread of novel Coronavirus, Houseparty has become a viral success. In the space of a few weeks, the video call app has become one of the most downloaded apps in several countries including the UK, following a surge in downloads from an average of 130,000 a week mid-February to more than two million a week in the middle of March, according to data firm Apptopia. However as Houseparty has risen in popularity, concerns have been raised surrounding the safety and privacy of the app. So, is Houseparty safe to use?

How does Houseparty work?

The free-to-use app – owned by online gaming firm Epic Games, which also makes Fortnite – allows users to make video calls in which they can also play in-app games and quizzes. The service can be downloaded and used across iOS, Android, MacOS, and Chrome.

Rumours started surfacing Monday night (March 30) on social media from users alleging that engaging with the app had resulted in their other accounts being hacked. Several users took to Twitter to share screenshots that claimed they had been locked out of other applications (including Netflix, Spotify and even some bank accounts) after downloading Houseparty.

Houseparty tweeted reassuring users that all accounts are safe and that the service is secure. Although it does ask for access to user's contacts and connections on Facebook and Snapchat, Houseparty also assured users that it does not collect passwords for other sites including third-party apps like Netflix or Spotify.

In a statement, the service said it has found “no evidence” of a breach. “We’ve found no evidence to suggest a link between Houseparty and the compromises of other unrelated accounts,” a spokesperson said. “As a general rule, we suggest all users choose strong passwords when creating online accounts on any platform.”

The service has since offered a $1 million (£810,750) reward for evidence that the company was the victim of a commercial smear attack. Although Epic Games has not said why it believes Houseparty was the victim of sabotage, the owner of the video chat and game app said it will pay the substantial reward to the first person who is able to provide evidence as it investigates indications that the recent hacking rumours were spread by a paid commercial smear campaign to harm Houseparty.

Bustle UK has reached out to Houseparty's press team to see if they have any further comment to add on the allegations that emerged on Monday.

Part of the appeal of the video and gaming app is its ability to connect with multiple friends at the same time. However, privacy and parenting experts have warned about gatecrashers joining conversation on the app, which is possible with only one connection in the “room”. You can stop random people jumping into your Houseparty conversations by locking a room with the padlock symbol once everyone you wish to talk to has joined the room. In Settings, there is also an option to use “Private Mode,” which will set all your rooms to locked.

You have to add friends on the app before you are able to chat together. When signing up, you have the option to connect your contacts, through your address book, Facebook, or Snapchat account, showing you who already has the app installed. However, you do not have to do this to be able to use the app. You can skip this part of the sign up and Houseparty will still work in the same way. You can then add by people's account names or by sending your Profile Link to them. You can also change access permissions to contacts, Facebook, or Snapchat after sign up by going to the settings on your phone, and revoking access.

You’ll also notice when using Houseparty that you will receive a notification every time one of your friends is “in the house” (opens the app). The same happens for your friend every time you open the app. However, there is a way to avoid being seen this way. Hold the app icon down on your Android or iOS homescreen, and a “Sneak into the House” option will appear. This prevents a notification going out to your connections. You can also stop individual people from receiving a notification by “Ghosting” them. This can be done by selecting the person's name, tapping the cog icon, and switching “Ghosting” on.

How can I delete my Houseparty account if I want to?

If you wish to delete your Houseparty account, simply click on the User icon in the top left of the screen, and then click through to the Settings cog at the top of the menu. From there, tap Privacy, where it will give the option to Delete Account. You will be asked if you are sure you want to delete your account: click yes and enter your password, then tap delete.

However, this process is not yet in place for Android users, who will need to email the support team (support@houseparty.com) to request that their account be deleted.