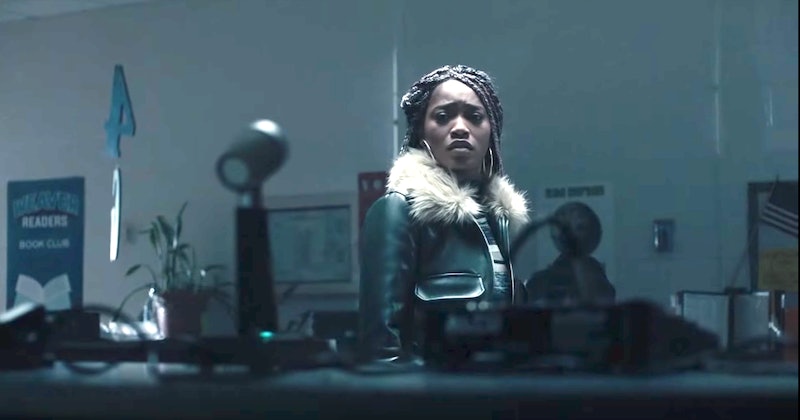 This season of Scream is a reboot of a reboot in some ways, telling an entirely new story separate from the Scream series that aired for two seasons on MTV. Arguably the defining horror movie of the '90s, Scream was often funny and clever, but it never forgot to be scary. As such, VH1's Scream series is loaded with the same sort of jump scares and creepy moments, but doesn't forget that part of what made the initial film so successful was a careful balance of tonal switches throughout the course of the flick. How scary Scream is depends on the individual viewer's taste in blood and suspense, but should be relatively easy viewing for anyone who is used to seeing blood and terror on other television series.

Any fan of shows Riverdale or the Walking Dead should be able to handle the gore and suspense of Scream. While Riverdale starts as a whodunnit, by the time the Black Hood comes around in Season 2 the show basically becomes a version of Scream as it follows a masked killer that seems intent on terrorizing and killing the children of a small town.

While Scream focuses more on the killers and doesn't have time to get into gang warfare or a Jingle Jangle epidemic, the horror present in Riverdale is about as much as one could expect from a season of Scream. Although the idea of being stalked by a masked killer is scary to some, the content of Scream is easily more palatable than the bloody carnage of Game of Thrones, the excessive gore of The Walking Dead, or the other-worldy abominations that populate the Upside Down in Stranger Things.

But the real horror in Scream doesn't come from the murders alone, but the fact that anyone could be behind that mask. For three nights, viewers tuned into VH1 will have to watch seemingly innocent teenagers have to determine which of their friends is while trapped in detention, Breakfast Club-style.

This version of Scream is set in Atlanta with a star studded cast including Mary J. Blige, Keke Palmer, Tyga, CJ Wallace, Tyler Posey, Giorgia Whigham, RJ Cyler, Jessica Sula, and a cameo from Paris Jackson. According to MTV, the story is centered on Cyler's character, Deion Elliot, a local star football running back, "whose tragic past comes back to haunt him and threaten his hard-earned plans for the future." Which translates to Ghostface running around trying to kill him and all of his friends.

Cyler told TV Insider that he was a huge fan of the franchise before signing onto the project. Although he still has trouble answering the house phone when he's home alone, he said.

"Being a part of this rendition of this franchise is very cool. There are so many different flavors this season just like the first two seasons, it’s so sweet. It makes sense the whole fan base is like, ‘What’s going on now?’ But they are going to love the characters for season three as the others just as much. I’m really excited about that to give people a new flip on the franchise," he said.

Scream won't be for everyone — especially if you still hate when the phone rings at night. But for those who like a good slasher flick, the new Scream strikes that perfect balance of being scary without being too bleak or unsettling.