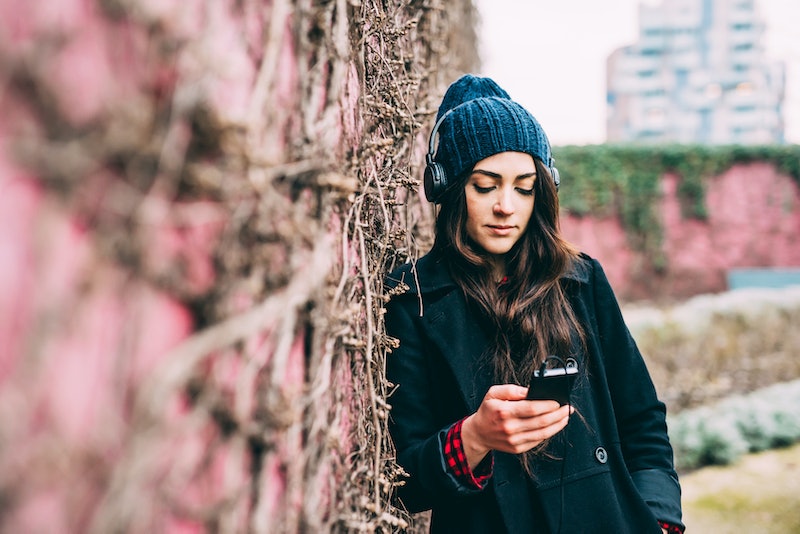 Many of us have probably been told since we were young to "never judge a book by its cover." But understandably, it's kind of difficult to apply that rule to online dating. According to Match's seventh annual Singles in America survey, your dates are definitely judging your online presence.

The survey found that Millennials are 30 percent more likely to want a relationship this year over any other generation. They're also 57 percent more likely to look for love on a dating app. But if you've ever spent just 20 minutes swiping through matches on Tinder or Bumble, you're probably familiar with how superficial it can feel. "Modern day dating has led to more superficial judgment," Samantha Burns, relationship counselor and dating coach tells Bustle. "Naturally, most people won’t even take the time to read your profile unless they are attracted to you."

However, she says, this isn't the real problem since physical attraction is essential in a romantic relationship. "The issue is that many of these newer apps have limited space for a personal description," she says. "For instance, Bumble only allows 300 characters, which means you’re judging someone based on a very limited information, or a profile entirely composed of emojis!"

In an effort to stay safe and know what you're getting into, it's not uncommon to do a quick Google search on a date before you meet them for the first time or someone you matched with. According to the survey, here's how singles judge their matches: