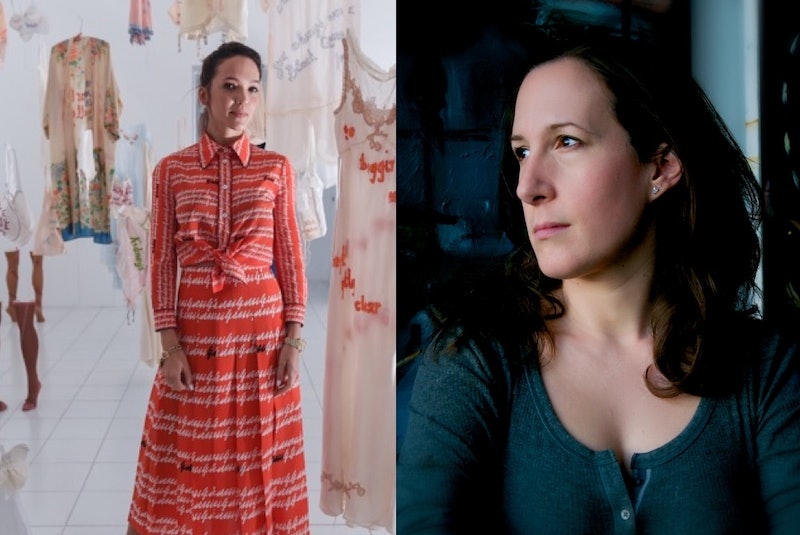 Before his historic presidential campaign, Donald Trump was best known for his flashy buildings, his "You're fired" catchphrase, and, of course, his involvement with pageants judging women on their looks. His penchant for spewing misogynistic phrases only continued throughout his campaign. Although these quips were often meant to put women down (calling Rosie O'Donnell "fat" and a "slob," or referring to Alicia Machado as "Miss Piggy"), these six artists are using Trump's anti-feminist comments to create empowering works of art for women.

Although 53 percent of white women voted for Trump according to exit polls, his countless demeaning comments didn't sit well with many. These six artists — who range from independents creating work for themselves to the women behind the pink pussy hats seen at the Women's March on Washington — all felt inspired by Trump's comments (and the anger they felt toward him) to create something meaningful for women.

"Trump was a tipping point," says Natalie Frank, who co-created the We Hold These Truths To Be Self-Evident mural, which debuted in New York City on Feb. 13. "This election was really an assault on so many types of people and for me, as a woman, it was especially horrendous to hear him say those things."

Whether creating 30-foot murals of sexist quotes from Trump and his administration or making large sculptures of women grabbing their own pussies, these six artists are sparking a feminist movement through their work.