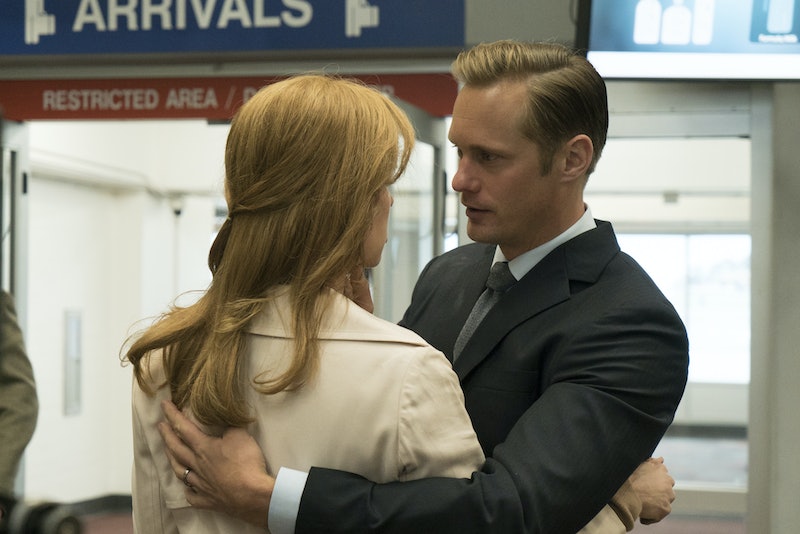 Therapy isn't often depicted on TV and, when it is, the scenes tend to be brief and lack depth. The therapy sessions on Big Little Lies don't just break that mold — they shatter it. Although Dr. Reisman was initially counseling both Celeste and Perry, she quickly shifted to solely treating Celeste when she saw a woman in grave danger. Although the miniseries is centered around a murder, therapy is where the most compelling investigation really unfolds. The first session was surprising — although Celeste lied for Perry, he admitted to "grabbing her hard" sometimes. This was a far cry from the full truth, but it briefly left viewers wondering if he was genuinely willing to change.

It was only when Celeste began seeing Dr. Reisman on her own that she very, very slowly began to shed her facade. These scenes hit the nail on the head because Dr. Reisman successfully strikes a balance between needling the truth of Celeste without pushing her too hard, which could cause her to shut down and never come to another appointment. The scenes are lengthy, which allows Big Little Lies to flesh out what therapy really looks like — especially for abuse victims. Celeste can't bear to speak the truth out loud, and her strongest moments in these scenes are conveyed through facial expressions, body language, and eye contact.

It's no easy feat to accurately depict the level of tension that's often present in abuse or trauma-related therapy sessions — but Big Little Lies succeeds by not shying away from the incredible discomfort that arises for the patient.

The first time Celeste met with Dr. Reisman on her own, she was far from forthcoming and refused to even admit that she's afraid of her husband. Many viewers may pose the question, "Why bother going to therapy if you're not going to tell the truth?" Celeste is initially too proud to directly ask for help or admit she's a victim — even within the confines of a therapist's office. As she tells Dr. Reisman, she bases her self-worth on how other people see her. But, in this case, it seems like Celeste deliberately built up a wall in therapy because she was desperate for Dr. Reisman to tear it down.

When Dr. Reisman first asserted "he hurts you," Celeste accused her of demonizing Perry and, more than once, stood up as though she was about to storm out of the office. But she stayed, and finally, with one heartbreaking, tearful nod, admitted that she's afraid for her life. Celeste wasn't ready to walk into Dr. Reisman's office and say: "My husband nearly killed me and I need help" — but she was ready to acknowledge the truth when confronted with it. That's often how therapy works — we feel too ashamed to verbalize why we need help, but we're desperate for a therapist to see through us and offer a life raft. Celeste has consistently provided clues, often subtle ones, and Dr. Reisman picked up on each and every one.

The use of flashbacks is also key to the therapy scenes — when Dr. Reisman asks Celeste a question, viewers are privy to the memory it immediately brings to the surface. Instead of watching the complete sequence of certain incidents, we see glimpses — an accurate depiction of how many trauma survivors recall what was done to them. Rather than a full scene of Perry beating and nearly suffocating Celeste in the couch cushions, showrunners juxtaposed the memories with her facial expressions and reactions when Dr. Reisman pushed her to confront those memories.

It takes time to build trust in therapy — and this is especially true for someone like Celeste. She loves her abuser despite it all, and may have initially hoped that Dr. Reisman would validate her assertion that all marriages have problems, and the abuse shouldn't be a deal-breaker. By the March 26 episode "Burning Love," it's shown that Celeste has made significant progress and I felt strangely proud of a fictional character because, to put it mildly, therapy is really hard work. She finally says the words, "Perry hurts me" and freely offers the information that it can take a long time for her bruises to fade. Although she panics at the idea of divorce, Celeste doesn't dispute Dr. Reisman's claim that they "both know" she'll need a place to escape. Instead she responds, "I don't think you should be behaving like this" — a tacit acknowledgement that she does know she can't continue to live under the same roof as Perry.

In an interview with Vulture, Robin Weigert (who plays Dr. Reisman) described the doctor-patient dynamic as "one [woman] with an agenda to bury the truth, the other with an agenda to unearth it." Slowly but surely, Celeste has shifted her agenda — and watching the process unfold through realistic, brilliantly-acted therapy sessions is some of the most compelling TV I've seen this year.

More like this
Sophie Turner Had A Live-In Therapist To Help Combat Her Eating Disorder
By Nola Ojomu
'Bridgerton' Star Nicola Coughlan Confirms Season 3 Will Focus On Colin & Penelope
By Grace Wehniainen and Alyssa Lapid
The Time Traveler’s Wife Book Has A Heartbreaking Ending
By K.W. Colyard
The 'Conversations With Friends' Book Ending Will Leave You Wanting More
By Sophie McEvoy
Get Even More From Bustle — Sign Up For The Newsletter