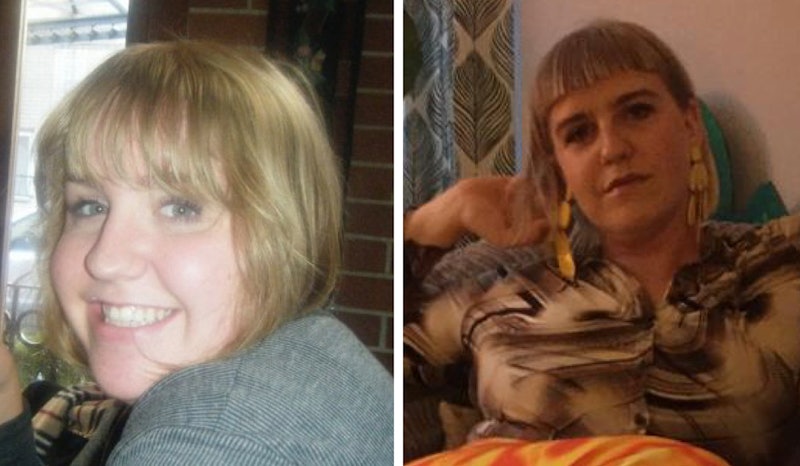 You turn on that big, clunky monitor. Your adolescent face is lit by a less-than-flattering bluish glow. Your eyes mirror what's on the screen. You clumsily type: "ASL?" You desperately hope to engage someone in a saucy conversation. These were what the early days of the internet were for me: an exploration into queerness that the world I lived in didn't provide.

During my teens, the internet and chat rooms appeared like a digital beacon that shone iridescent. I grew up in the early noughties, which meant the period of time when I was figuring my sexuality coincided with a time when being queer was definitely not in the mainstream media. When a celebrity coming out made vivid, blood red front page news. When all you could talk about at school was if someone was gay or not, hoping to god that nobody took a look at your own glaring homosexuality. That bright pink elephant in the room that you somehow managed to cram into your backpack. One that, in my case, managed to stay hidden even during a particularly rambunctious lip sync of Dolly Parton’s 9 To 5 at the school talent show.

Growing up, my vision of queerness was knowing that gay was an insult but that gay guys were fun, fabulous blokes who liked shoes and were hilarious. All the girls at school wanted a gay best friend. To be honest, I wanted a gay best friend. But not a lesbian. No way. Lesbians were gross. Absolute outcasts. They had buzzcuts and an unhealthy attachment to cats. And, along with believing in a “two cat rule,” my peers found the idea of lesbian sex repugnant. “Ew lick outs!” “Vaginas are so gross!” All this despite the fact that I went to an all girls school, my friends were all girls and, as far as I am aware, they all had vaginas themselves.

All the girls at school wanted a gay best friend. But not a lesbian. No way. Lesbians were gross. Absolute outcasts.

Lesbians were the likes of Ellen Degeneres, who a friend’s dad once called Ellen Degenerate. A play on words that I responded to by laughing. A lot. Garish, loud, belly laughing. The kind where your eyes bulge and the message sinks right into your bones. Like a load of rusty old nails that crumble when you try to pull them out. You are wrong, you are sick, you are a pervert.

Do you ever bite into something to see your teeth marks? That’s what initial online flirtations with the same sex felt like. Double checking to see what something that I knew was so inherently mine actually looked like.

Chatrooms provided an untraceable, intangible exploration of what it was to be queer, away from my actual reality. A world with a version of myself that was this big, brave, loud, and proud homo. I was learning how to flirt, how to f***, how to use attempted witty repertoire as if it were real life. Using lines and verses that fell from my fingers through the keyboard a mile a minute. Like some sort of lovelorn bard in a universe all of their own creation.

Looking back, what I now realise (besides what Catfish taught me: that a lot of those women I was talking to were probably older men trying to get their rocks off) is that, if I'd put as much effort into personal writing as I did into trying to get some far away faceless stranger to talk dirty to me, I could have a Pulitzer by now. OK, maybe that’s a stretch. But, quite frankly, those precious moments online were vital in more ways than I would care to admit. They were spaces where I poured out every ounce of creativity I had into what I wrote. In a pretty messed up way, those stolen autoerotic moments were the foundation of not only my sexuality, but of my career. A career that kind of sort of almost pays the bills — although my CV doesn't mention where most of my early, more impassioned writing practice originated.

Chatrooms provided an untraceable, intangible exploration of what it was to be queer, away from my actual reality.

It was an escape, my very own virtual reality game. Where I had perfect skin, looked good in low slung jeans, and had the drive to learn the guitar. Oh how I longed to play the guitar. That’s the kind of fantasy the internet provided. One where not only could I pretend to be a rock star, but I could pretend I liked things that weren’t limited to watching telly, eating, chugging my parents' white wine, reading books, and talking to my dog.

I often muse on what it was like before that digital dawn, when the lights switched on and you saw that there was a whole other world out there. A world far from the boring suburban dwelling where I lived a half life. A world where, quite frankly, I could get laid. Which is (not so secretly) the main concern for most adolescents. The internet helped me achieve what I wanted: to sip and see the sexuality I already knew lay deep in every cell that I'm made of. Deeper than those shameful rusty nails. And far stronger, too. Titanium clad.

Cut forward to now, where things have developed so far that, with a few clicks on an app, you can have a potential lover to powow with. Within minutes and without shame or worry about being caught out. Hell, you can even fall in love. Which I'm proud to say I have done precisely four times.

However, despite this, people and moments are also more disposable than ever. Not like the early days when chatting to someone for even ten minutes, after an hour of that all too familiar dialling tone, felt like the most awe inspiring thing you have ever felt.

Film director John Waters once said that the secretive nature of queerness is what made it fun and, you know what, I kind of get what he means. Only my version wasn’t going out and finding people in cool underground venues or hot sweaty clubs. Maybe it was less brave, less daring or revolutionary. But it felt revolutionary, freeing, wild.

Discovering other souls to engage with was the most eye-opening thing I had ever felt.

Dare I romanticise the early days of the internet? Is nostalgia lulling me into a false sense of security like an ex’s favourite teeshirt I never returned? Nah, no way. Those early days, desperately trying to get on MSN and chat to people a million miles away, were all about discovery. Discovering other souls to engage with was the most eye-opening thing I had ever felt. It taught me I was — and I am — not alone. And the internet is still a way for queers to find other like-minded people to hold them... even if only through a screen.