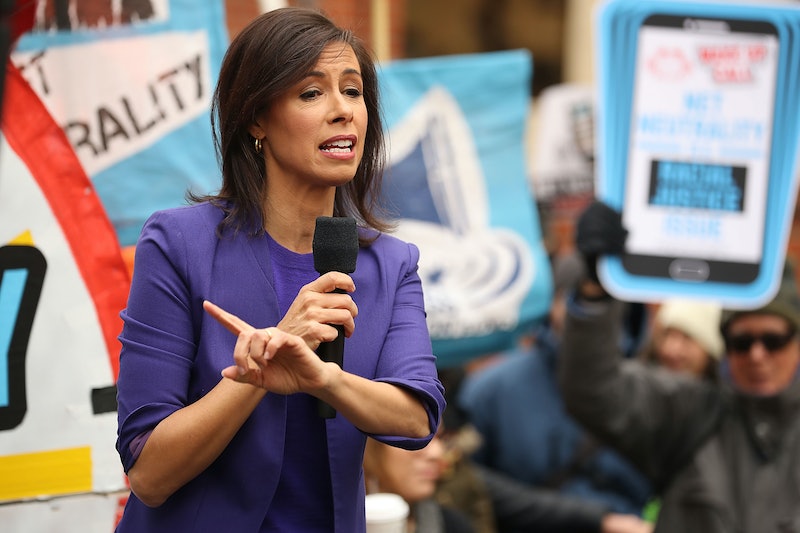 Every day, roughly 20,000 women, men, and children across the country call a domestic violence hotline. Some dial locally, others contact state or national numbers. But for anyone making that call, their phone is much more than a device. It’s their only connection to safety, to security, and especially, to support. It means they can check in with legal authorities, seek medical assistance, and secure alternative housing.

"For those affected by domestic violence and abuse, a phone is a life saver."

Lifeline began in 1985, when President Ronald Reagan was in the White House and most phones required a cord and a jack in the wall. A lot has changed since them. But for more than three decades, this program has consistently helped low income households afford their phone bills. It helps the neediest among us connect — to family, to jobs, to healthcare, and to help when disaster strikes. Today, unlike when the program got its start, the program is mostly focused on wireless phone service.

Last year, the Lifeline program helped more than 10 million Americans. The support it provides is vital, especially for survivors of domestic violence. Without affordable access to this basic phone service, their safety could be in jeopardy. Moreover, staying connected helps them restart their lives — get a job, open a bank account, and find a place to live — free from fear and abuse.

"The bottom line is that decimating the program is cruel for those who have experienced domestic violence and rely on this service."

Nonetheless, the FCC has proposed dramatically cutting the Lifeline program. It has announced plans to gut the service for 70 percent of current users. To justify these cuts, the agency says that because some phone companies abused the program by enrolling ineligible consumers, the program doesn’t work. These are problems that need to be fixed — but there are ways to do so without harming those who need and rely on this program. For instance, the agency can make sure that phone companies that violate program rules are shown the door — and not allowed to participate. It can also set up a better system for verifying that consumers are truly eligible for the Lifeline program. The bottom line is that decimating the program is cruel for those who have experienced domestic violence and rely on this service. Making it more difficult to connect to assistance makes it harder to ensure the safety of those most at risk.

Before the FCC makes the final call on Lifeline, it needs to recognize that this program is vital for women, men and children who have been the victims of domestic violence. They can’t just hang up on those who need them most.