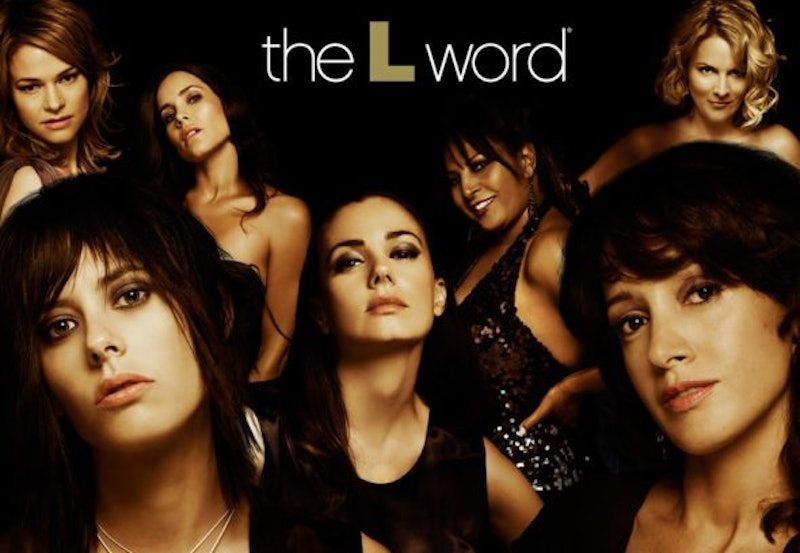 Even though The L Word made its debut in 2004, lesbian and queer women’s obsession with the show is more alive than ever. The groundbreaking series, created by Ilene Chaiken, invited viewers into a lesbian-centric world that was liberating, complicated, addictive, and filled with an abundance of lesbian bars, clubs, and cafes. Fifteen years later, though, lesbian spaces in real life are on the decline in some states — which only makes the Showtime series even more essential.

Following the lives, loves, and careers of a tight-knit group of lesbians in Los Angeles, the six-season drama gave gay women much-needed visibility that was neither excessively glamorous nor fetishizing. Whether its characters ventured off to the Dinah Shore or caught Sleater-Kinney live at The Planet, The L Word universe immersed viewers in an exuberant, one-of-a-kind culture. As fans lived vicariously through these dynamic adventures, they attained the close, inclusive familiarity one can discover within LGBTQ circles, and many were inspired to explore lesbian-centric places in real life. Even for those who didn't have access to queer spaces like bars or local pride centers, The L Word was imperative, offering solace, community, and belonging from the comfort of one’s living room.

But these days, there seems to be fewer tangible lesbian venues than ever. While two new bars for LGBTQ women recently opened in Washington D.C., NBC News reports, “Over the last decade, lesbian bars across the U.S. have closed. In some cities, they’ve vanished entirely, creating a void in LGBTQ nightlife.” Meanwhile, Thrillist remarks, “Lesbian bars are on life support. New York City has four — four more than you’ll find in Los Angeles, Boston, Washington, D.C., and Philadelphia. Blame the internet, which made it easier for LGBTQ people to meet potential partners without a dedicated physical space.” Adds The Washington Post, “One of the last lesbian bars in the South may soon be pushed out of its home in Norfolk. In many big cities — such as San Francisco, New Orleans — there are none left. Why lesbian bars have closed at such a rampant rate remains something of a mystery.”

To many people, lesbian bars are considered an irreplaceable foundation of sapphic culture. To me, personally, the deprivation of IRL spaces means fewer opportunities to meet and be surrounded by women like myself, which is extremely alienating. Finding digital networks may be quick and easy, but in moments when I crave face-to-face interactions with my community, it often feels like there’s nowhere to turn. As the writer of a 2017 New York Times op-ed put it, “I want my lesbian bars back. I want clear, dedicated spaces where queers hang out, places that sneering teenagers can drive past with their friends and secretly wonder about. Our bars are closing or gone. How do we find community now?”

While it's impossible to fill the void that those lesbian spaces left, the media can connect us and reinforce the power of those connections. The L Word, in particular, remains one of the last beating hearts of early 2000s-era lesbian civilization, and due to this, it contains an aspect of our culture that’s accessible and available for constant rediscovery (the show streams on Netflix, Hulu and Amazon Prime). Referencing and quoting the series has become its own language among sapphics; all you need to do is name-drop "Shane" to another lesbian and you’ve likely found a new best friend. Bonding over the media that represents us has become a form of keeping lesbian culture alive even as real-life spaces dwindle, and what better media to bond over than one of the most innovative LGBTQ shows of all time?

Before The L Word debuted, TV shows that exclusively featured lesbian characters or couples were few and far between, and the Showtime series was the first to bring an ensemble of them together. From mind-blowing sex scenes (I'm looking at you, Shane and Carmen) to the ridiculousness of “The Chart” (in which the group’s tangled web of hookups were compiled), the show's depiction of nuanced lesbian experiences was unforgettable. Even today, it still feels like a breath of fresh air with every new watch. Considering the comfort, culture, and community it brings, in a time when that’s become so limited, it’s no wonder that the show has continued to thrive.

With an abundance of diverse characters who each exhibited vibrant, distinct qualities, The L Word communicated — and still does — that there’s no one way to look, be, or live as a gay individual. The show told LGBTQ viewers to love and celebrate our uniqueness, and be comfortable in our skin. And it was so often relatable. In Season 1, for instance, Jenny's confusing whirlwind of having her first crush on a woman was reminiscent of emotions that baby gays everywhere faced. After dealing with the intensity of first love and inevitable pain of heartache, we, like Jenny, always found a way to not just move on, but grow. Then there was Dana, who, over the course of the show, struggled with being out in her tennis career, as well as attempting to come out to her conservative parents. The show treated her experience with the depth and courage it deserved, and the storyline assured viewers dealing with similar issues that they were not alone.

We’re currently living in an era where the quality and quantity of lesbian media is, thankfully, growing. According to an Autostraddle study focused on TV, “In 2018, there were 128 scripted shows with regular and/or recurring lesbian, bisexual, pansexual or otherwise queer women characters. This is up 12% from 114 shows in 2017, which was up 36% from 80 shows in 2016.” In cinema, meanwhile, narratives that revolve around LGBTQ women recently had a “lezurrection” of their own, with 2018 films like Disobedience, The Miseducation of Cameron Post, The Favourite, and Colette leading a much-needed resurgence.

Yet for all of this progress, lesbian spaces are still diminishing, and so The L Word hasn't lost its meaning and importance. When the show premiered in 2004, Chaiken’s main goal wasn’t to change lives. “I just had this urge to write my story, to tell the gay story,” she told Entertainment Weekly during the show’s reunion in 2017, adding, “It just hadn’t really been done.” Well, intentional or not, The L Word is continuing to change lives, culture, and community for countless people.

More like this
Jinkx Monsoon Is About To Get Real Sketchy
By Sam Ramsden
Pro Footballer Zander Murray Is "Blown Away" By Support After Coming Out
By Sam Ramsden
Netflix Reveals First Look At Wednesday In The 'Addams Family' Spinoff Series
By Bustle Editors
An Honest Review of MeUndies Boxers, According To A Non-Binary Person
By Megan Lasher
Get Even More From Bustle — Sign Up For The Newsletter