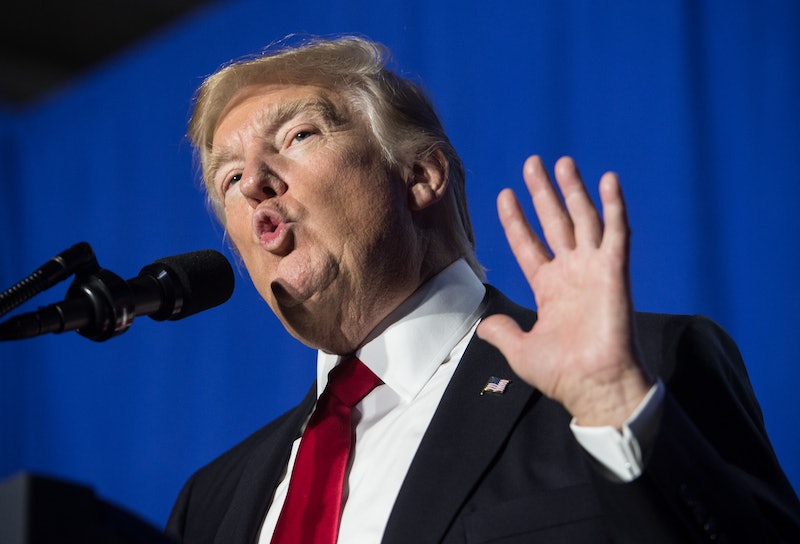 On Monday, President Donald Trump delivered a blow to women's health across the globe when he reinstated the "Mexico City Policy," or the "Global Gag Rule." First initiated by Ronald Reagan, the policy blocks any federal aid from going to NGOs that provide abortion services, or even information about abortion services (it is already established under the Helms Amendment that no foreign aid can actually go to paying for abortion services). However, even as many Americans feel futile, the Netherlands is stepping into fill the women's health void.

To the rescue comes Dutch Minister for Foreign Trade and Development Cooperation, Lilianne Ploumen, who spoke out against the Global Gag Order and is working to create an international fund to provide women in developing countries with contraception, health education, and, yes, abortion services. Of Trump's order Ploumen said, "This decision has far-reaching consequences above all for the women it affects, who should be able to decide for themselves if they want a child, but also for their husbands and children and for society as a whole." As described above, the Mexico City Policy is far more extreme than denying U.S. funds for abortions. It effectively blocks funding for any NGO that provides information about abortion. Still, Ploumen pointed out the problem with targeting abortions in the first place is that "banning abortion leads not to fewer abortions, but to more irresponsible practices in back rooms and higher rates of maternal mortality."

It is hardly surprising that Trump has spent his first few days in power going after women's reproductive rights. For one, it's been standard since Reagan for Republican presidents to instate the Mexico City Policy. Moreover, Trump made a point during his campaign to attack abortion access and spew misleading, fearmongering rhetoric. For example, during the third debate, Trump shared this utter lack of knowledge about abortion:

To which his presidential opponent, Hillary Clinton, replied:

Well, that is not what happens in these cases. And using that kind of scare rhetoric is just terribly unfortunate.

What is actually terribly unfortunate is that Trump is putting his "scare rhetoric" into action.