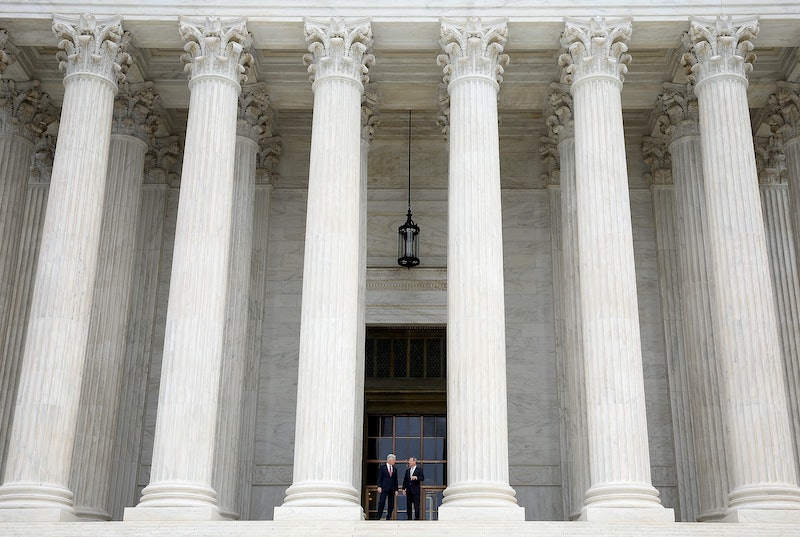 These recent events have shed light on particular aspects of the legal system's failures, including laws imposing strict statutes of limitations for reporting rape, prosecutors failing to take rape cases to trial, and judges leniently sentencing convicted rapists, among others.

First, states have varying statutes of limitations for the amount of time after a sexual assault that survivors have to report the crime and prosecutors have to file charges. This time can range from several years to decades. Many experts argue that imposing a statue of limitations for sexual assault cases is inherently unfair, because due to many factors, survivors of sexual assault often do not report crimes immediately after they take place. As we've seen, it sometimes takes years until they come forward about it. This notion was well-documented during coverage of the Cosby case, as many of the nearly 60 women who publicly alleged that Cosby assaulted them (Cosby has repeatedly denied these allegations) could not bring their cases to court because of an expired statute of limitations.

Some states are moving toward ending statues of limitations in sexual assault cases. Indeed, California did so with a new law last year. However, such statutes remain in many states, and must be rectified in order to help rape victims achieve justice.

Another stark flaw in the legal system is how it's set up to discourage sexual assault cases from being taken to trial in the first place. Few rape cases in the U.S. make it to court, let alone secure a conviction. According to the Rape, Abuse, and Incest National Network (RAINN), only 13 out of 1,000 cases of sexual assault get referred to a prosecutor — and only seven out of those 1,000 receive a felony conviction. Rape cases are notoriously difficult to prosecute due to the "private" nature of the crime (that is, it lacks witnesses), as well as juries' preconceived notions of what constitutes rape, among other factors.

Nonetheless, the U.S. legal system absolutely still needs to do a better job in seeking to secure justice for sexual assault survivors. Without criminal convictions and prosecutions, alleged rapists are allowed to carry on with their lives and potentially commit another crime. Moreover, survivors may try to seek justice elsewhere, like in civil court, where they typically must pay to file charges and are also not protected by Rape Shield laws that are in effect during criminal cases. Lack of protection from Rape Shield laws means that a survivor's sexual history can be introduced in civil court and potentially used as evidence against them.

Far too often, assailants in sexual assault cases are given highly lenient sentences. Take, for example, Turner, who was handed a mere six-month sentence. The judge in Turner's case decided to impose the light sentence partly due to his "youth" and his character references. This is just one example of a sentence much too lenient for the very serious crime of sexual assault. Austin James Wilkerson, a University of Colorado student, was convicted of sexually assaulting a semi-unconscious woman in 2016, but only sentenced to two yeas of "work release," plus up to 20 years of probation. Work release allows Wilkerson to attend school during the day and return to jail at night.

Examples of the justice system's lenient sentencing problem in sexual assault cases are painfully plentiful. Last year, in Montana, a judge sentenced a father to only two months in jail plus probation for repeatedly raping his 12-year-old daughter. The judge noted that his sentence stemmed from a desire to promote the defendant's rehabilitation and reintegration back into his community. In 2012, Jose Arriaga Soto Jr. was convicted of after violently raping a woman. Soto was sentenced to no prison time — only 30 years of probation — because the judge decided he was an ideal candidate for rehabilitation.

In many of these cases, the U.S. legal system, and judges in particular, seemingly prioritize the futures and well-being of the perpetrators as opposed to those of the survivors, who often endure a lifetime of physical and psychological consequences. In an article in the Independent, sexual assault survivor and advocate Ione Wells perfectly encapsulated this sentiment:

The trend that happens so much is that the welfare of the perpetrator is put over that of the victim...it’s incredibly damaging for the victim of the crime and for anyone who has experienced something like that. It suggests society puts perpetrators on the same level as victims — and it almost sends a message to victims their case wouldn’t be heard sympathetically.

The United States legal system sadly has a long way to go in terms of securing protection and justice for sexual assault survivors. If issues such as the statutes of limitations, trying of rape cases, and lenient sentencing are addressed, it would certainly be a step in the right direction toward helping survivors achieve veritable justice.