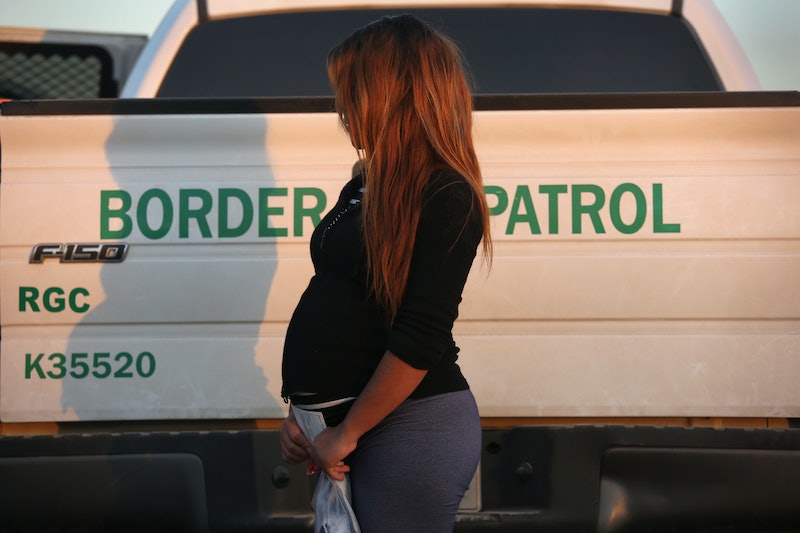 It's a report that has disturbed and shaken many on social media. According to BuzzFeed, the treatment of pregnant migrant women at detention centers has been appalling. A total of five women — some named and some anonymous — spoke to BuzzFeed to recount the supposed harrowing details of their time in detention facilities where, according to their statements, medical care for expecting mothers is insufficient. United States' Immigration and Customs Enforcement (ICE) has insisted appropriate medical care is provided to pregnant women.

One of the women, named "E" in the report who fled El Salvador, told BuzzFeed, "An official arrived and they said it was not a hospital and they weren’t doctors. They wouldn’t look after me." The 23-year-old woman was in a detention center in San Luis, Arizona. "I realized I was losing my son," she said. "It was his life that I was bleeding out. I was staining everything. I spent about eight days just lying down. I couldn’t eat, I couldn’t do anything. I started crying and crying and crying."

A week after she spoke to BuzzFeed, she was voluntarily sent back to El Salvador. "My soul aches that there are many pregnant women coming who could lose their babies like I did and that they will do nothing to help them," she said.

An email statement to BuzzFeed from ICE has pushed against the aforementioned haunting details. Instead, ICE's statement to BuzzFeed said, "All detainees, determined to be pregnant, are provided appropriate education, pre-natal care, and post-natal care. Such care includes referral to a physician specializing in high-risk pregnancies when high-risk pregnancy is indicated."

Amanda Sluss Gilchrist, the head of public affairs for CoreCivic — a private enterprise that runs one of the detention centers that one of the interviewed women "E" stayed at — told BuzzFeed that the staff for the private prison company "do not make medical or mental health treatment determinations" and that such decision-making power is given to the ICE officers on board.

Gilchrist added that such officers are "solely responsible for contracting, staffing and oversight of any medical and mental health services" and that imprisoned people "have daily access to sign up for medical attention."

In May, Homeland Security Secretary Kirstjen Nielsen told Congress that detained pregnant immigrant women were given proper and necessary medical care. Back then on Capitol Hill, the secretary said, "We provide them with prenatal care, we provide them separate housing, we provide them specialists, we will take them to appointments if they need to go somewhere else, we provide them counseling."

"They are not only given adequate care in facilities, but it is much better care than when they are living in the shadows," she added.

But migrant women who spoke to BuzzFeed have slammed Nielsen's words as dishonest and misleading. One of the interviewed women, 28-year-old Rubia Mabel Morales Alfaro, told BuzzFeed, "It’s a lie. They didn’t give me anything. If they had had that, I would not have lost my son. I don’t understand why they won’t take care of pregnant women."

The report has stunned many, including high-ranking political figures like New York Sen. Kirsten Gillibrand who tweeted, "We must fight back even harder against the cruelty and inhumanity of Trump's policies." For many, it seems as if in addition to physical toll that the reported treatment took on migrant women, there is also the remaining psychological trauma. One of the women who spoke to BuzzFeed, "E," explained how her stay in the United States impacted her.

"For me, this is going to be a pain that I carry for a long time, that because of me, I lost my son," she told BuzzFeed. "I had a dream to come to this place with my son and to be safe and make a life here. What’s going to happen now? What was the point of this dream? It hurts."