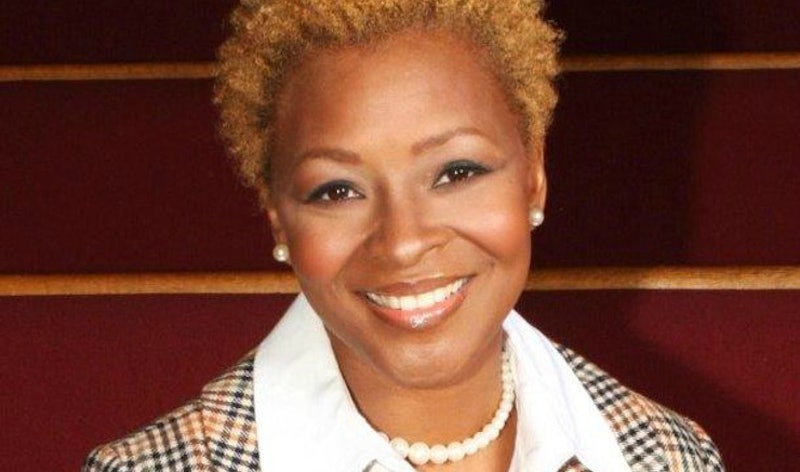 Our country's society too often seems like it does not value the lived experiences of survivors of sexual assault. The justice system has failed victims time and again, as perpetrators walk free at the expense of their accusers. But many people seek to change the narrative, though, while also working toward breaking the cycle. By giving space to survivors, making space for discussions of bodily autonomy early on, and working toward recovery for abusers, Pastor LaKeesha Walrond's work with sexual assault survivors is more important than ever, and she's doing it in an unlikely place.

Walrond works with survivors in a New York City church. As a survivor of childhood sexual abuse, she has positioned herself within her community at Harlem's First Corinthian Baptist Church to further her mission to break the cycle of sexual abuse. Part of this involves helping victims of sexual violence move past the shame that often follows. As a pastor, Walrond sermonizes on abuse, and she works with survivors in a recovery and healing program. Her vision for healing, though, includes working to forgive and recover abusers in the process.

"When I preach these sermons, when I talk about these issues, one of the things that is really important is that we get beyond hating the person who perpetrated the act against us," Walrond tells Bustle. She believes healing the epidemic of sexual violence in communities across the country involves examining the scope of the issue and also providing the resources for perpetrators to unlearn abusive behaviors and break violent cycles.

While some might think of the church as an unlikely place for these important conversations, Walrond finds that it works. "Our bible is really full of stories about women who are abused in one way or another," she explains. "I'm taking those texts and using them in a way to help people understand that this is a real issue, that it's still happening, and that many women are silenced because of the shame that's associated with it. We try to make this a place of healing for everyone."

She recounts how becoming a pastor was more a call from God than a decision she made on her own. Walrond moved to New York City in 2004 from Durham, North Carolina, where she started doing work in the church with her husband. "I began working and helping [my husband] and really just felt a push to begin immersing myself in full-time ministry," she says.

"There's a way out of the darkness that one feels when they've been sexually violated."

When she was still living in Durham, Walrond met a young woman who shared her own experience with sexual trauma. She explains that the young woman came to Walrond's church after deciding to take her own life after facing a sexually violent experience. "It was at that time that I really felt lead to share my experience with her about my own history of sexual violence," Walrond says. "And it was almost a natural response."

"I saw some hope in her eyes and after that I began to realize the importance of sharing our stories with others to encourage them and to remind them that they are survivors," Walrond says. "There's a way through that experience and a way to overcome it."

Looking beyond individual experiences of sexual trauma, Walrond focuses on recovery for perpetrators. Sexual assault is a pervasive issue that affects people of various ages, and perpetrators will most often spend no time in prison for their actions. According to data from RAINN, 61,000 children and 284,000 Americans age 12 and older are assaulted each year. However, out of every 1,000 cases of sexual abuse, only six abusers will ever be incarcerated, RAINN reports. So, she says, it is necessary to also look outside of incarceration for the recovery of offenders.

"We have to think about those who are victimizing, who are somebody's brother, husband, or sister, or daughter," she explains. "There becomes this division between 'us' and 'them,' and I think the church offers a unique opportunity that most organizations don't offer where victims and abusers can pray for the healing of everybody."

For Walrond, one step toward recovery, awareness, and breaking cycles of violence involves increasing education from an early age. She has taken a step toward doing so herself by writing children's books on bodily autonomy and safety in hopes of fostering conversations between young people, their parents, and educators. The books are in the publishing process. "I'm hoping that through these books, a child might be able to claim their own body and say no," she says. "I think in my case I was just so naive. No one had ever talked to me about sex, no one had talked to me about my body belonging to me or my body being special." When she was molested, Walrond says, "I didn't know it was wrong."

"What I'm hoping is that these children's books will give children the voice to be able to say, 'no you can't touch me there,'" she says, adding that they can "also give them a plan if someone tries to do this to [them]. What are you going to do? Who are you going to tell? Who's a safe person that you can ask for conversation with?"

The most important thing driving Walrond's work — the reason she continues to share her story — is because she wants victims to know that they can move past the shame and confusion of sexual violence. "There's a way out of the darkness that one feels when they've been sexually violated," she says. "You are not alone. There is healing available. At some point we have to stop pretending, to admit what has happened and understand there is power in our stories. There is healing and power in telling your story."

More like this
Iran Has Issued A Death Sentence Over Mahsa Amini Protests
By Catharina Cheung, Darshita Goyal and Maxine Harrison
It’s About Time Black Girls’s Voices Were Heard – & 'Girlhood Unfiltered' Is The Start
By Paula Akpan
10 Thanksgiving Alternatives You Can Celebrate This Month
By Katie Mitchell
Amanda Gorman Shared A Powerful Message On Meghan Markle’s Penultimate Podcast
By Darshita Goyal
Get Even More From Bustle — Sign Up For The Newsletter