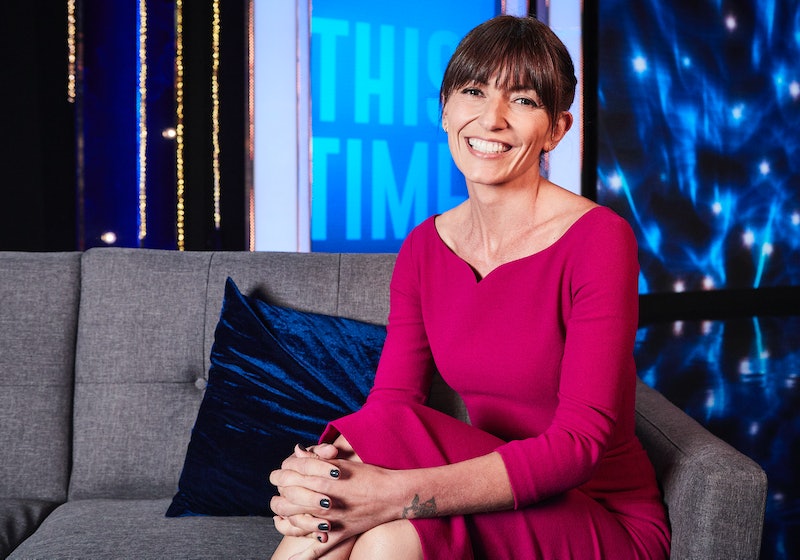 The new year may have come and gone, but that shouldn't stop you from making resolutions. Whether big or small, changes in your life can often lead to something fantastic, which is pretty much the premise of ITV's This Time Next Year. Hosted by Davina McCall, the show follows the lives of ordinary people who aim to achieve a specific goal by "this time next year." The show offers a fantastic insight into how 12 short months can truly change your life, and here's how to apply for This Time Next Year.

Obviously, you won't be able to appear on this year's series as it was filmed, well, a year ago. But, I wouldn't be surprised if the show makes a return for a fourth series, as people seem to be loving this year's iteration. I contacted a representative for This Time Next Year and, while they did not confirm whether there will be a series next year, they did tell me that any future applications for This Time Next Year will be accessible through ITV's Be On TV website. If you're looking to be a part of the show's audience, you can sign up via Applause Store.

If you're not familiar with the show's format, it features ordinary people with a goal to change their life over the course of a year. All they have to do is tell McCall what they intend on doing, walk through a door and, through the magic of television, they instantaneously walk back in a year later to update McCall, the audience, and viewers at home on whether they were successful with what they pledged to do.

The team behind McCall's hair, make-up, and wardrobe have their work cut out for them as well, as the presenter has to look exactly the same a year later to make the transition seem flawless. "Things like my shoes and the dress have to be sealed — we don't want moths," McCall told WhatsOnTV. She jokes: "Holly Willoughby gets six or seven dresses when she does Dancing on Ice, and I only get one — where's the justice in that?"

Anyway, back to the show itself. This series will see participants set goals about losing weight, meeting lost family, and having children, according to the press release. But, if you're wondering how these pledges are translated onto screen, last series saw the incredible journey of Jayne Hardman, a woman who lost her nose to an autoimmune disease, pledge to "regain her confidence and rebuild her life" by receiving a prosthetic. McCall herself referred to this moment as one that stands out to her, stating in the press release for this series: "[Hardman] was beautiful before but she couldn't see it, she looked so beautiful when she walked through the door and you could see how confident it had now made her."

And while some individuals don't achieve their goals — "because life gets in the way," as McCall told the Mirror — the show still follows their journey to show how some resolutions aren't all smooth sailing.