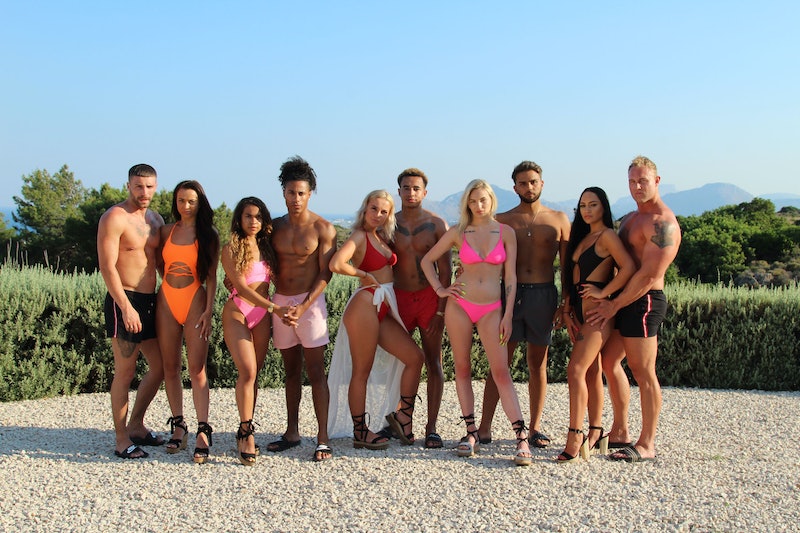 The nights may be drawing in, but there's still a while to wait until winter Love Island starts. Thankfully, Channel 5 has just the show to fill that void with Undercover Girlfriends. A mix between Love Island and Sun, Sex and Suspicious Parents, this series sees a group of women secretly watch their boyfriends while they're on a lad's holiday. And if you want to see what your other half gets up to abroad, here's how to apply for Undercover Girlfriends.

Seeing as the second series of the show is airing tonight (Oct. 28), the application process is most likely closed. The thing is, it doesn't seem as easy to fill out an online form for Undercover Girlfriends compared to the likes of Love Island and The Apprentice. I've reached out to reps for Channel 5 and production company TwoFour Rights for more detail on the application process, but have yet to hear back.

In the meantime, it seems that this year's Undercover Girlfriends cast has been revealed according to entertainment site Reality Titbit. Not only will series two see a host of new faces, but the boyfriends (and girlfriends) will be jetting off to a different destination this time. Instead of Marbella, series two will reportedly be taking place in the equally tropical climate of Rhodes, Greece.

While the second series has yet to begin, Reality Titbit's detective skills on Instagram have given somewhat of a hint to what's in store for the couple's featured on the show. Some couples like Ines Brinca (@inesbrinca) and Matthew Fleet (@matthew_fleet) look as though they're not together any longer. While some relationships seem to be still going strong like Sophie Wall (@sophiewalll) and Ben Uzokwe (@benji_platform).

Whether that's the case is anyone's guess — you'll just have to watch the series to find out. And it's deffo one you don't want to miss, especially with the amount of tech used by the girlfriends to sleuth on their other-halves. As Sky Media points out, not only will they be using hidden cameras to spy on them, but the girlfriends will also don some fantastic disguises to tail "their other halves from the moment they step off the plane".

The girlfriends are given missions that become progressively bolder, ultimately getting as close to their boyfriends as possible without being seen. When all is said and done, the question remains whether this experience "will bring the couples closer together or push them further apart", as TwoFour Rights writes on their site.