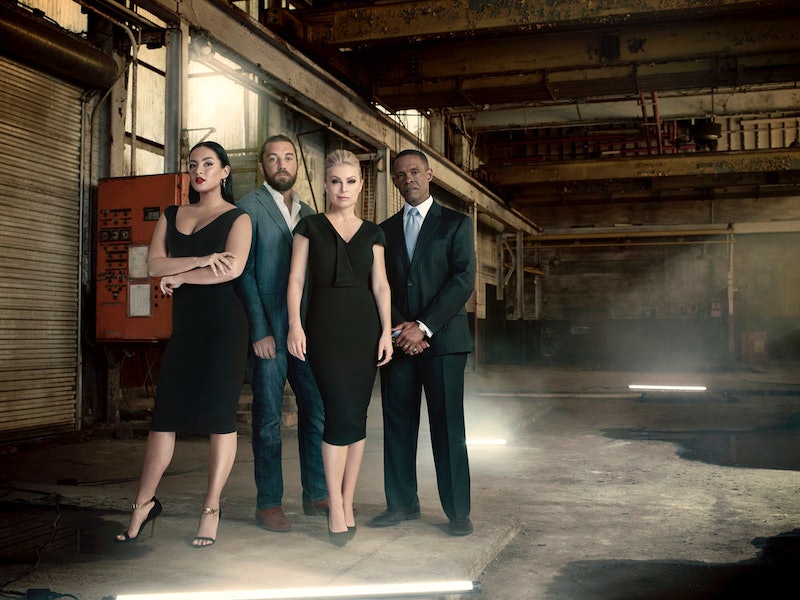 For anyone who thinks they could be the next 007, here's how to apply for Bravo's Spy Games, a reality show testing contestants' espionage skills. The premise of Spy Games is based on a real-life secret spy program called Station S, where America recruited civilians during WWII to a remote estates to train them as spies, according to Bravo. The show will have 10 contestants living together in a secluded mansion, and in addition to participating in various espionage-related challenges, they must try to uncover secrets about each other.

Bravo posts audition calls on the casting page of the network's website, and though there's no open casting for Spy Games right now, it's possible the series will need scout new participants soon. Showrunners provide details on upcoming reality-show tapings on the landing page, as well as an e-mail address for the series' casting director. Each reality show has a different premise, and the audition process and required skills will differ for each series — for example, Project Runway needs competitors to be skilled designers, but no prior experience is required to appear on Spy Games.

For anyone looking to become a spy, the drama-filled series offers a unique opportunity to test out those skills, without risking life-endangerment or compromising their country, of course. Back in July of 2018, Bravo put out the first casting call for Spy Games, urging "charismatic competitors" who are "everyday people" to apply for the series, according to Casting Crane. For any reality TV fan who thinks they might also be a strong candidate for the CIA, keep an eye on the Bravo's casting page for further news.

If you're considering brushing up on your spy skills and auditioning on the show, be prepared to be put in drama-filled situations as well. On Dec. 12, contestant and social-media influencer Christina Randall posted a YouTube video about appearing on the show, saying, "If you guys think I embarrass myself on here, just wait. It's gonna be bad. It's gonna be wild."

The rest of the Spy Games Season 1 cast is comprised of every-day people as well, and contestants come from a variety of professional backgrounds. For example, Chelsey Mori, who is 24, is a law school student, while Nika Nour, who is 28, is a video game executive. Charnel Wright, one of the older contestants at 43, works as a public relations strategist but used to be an investigative journalist. Martial artist and model Mia Kang will host Spy Games, along with a panel of espionage experts, including former FBI Special Agent Erroll Southers and former undercover CIA Officer Douglas Laux, according to Screen Rant.

Spy Games premieres on Jan. 20 on BravoTV, and over the course of the season, participants will have their spy skills evaluated by the professional panel. One winner will leave the show with a $100,000 reward. For anyone watching the show who feels their own latent 007 skills are up to the test, keep an eye on the Bravo website for future audition updates.

More like this
Here's How To Apply For 'Love Is Blind,' No Matter Where You Live In The US
By Grace Wehniainen
What’s New On Netflix: Ana De Armas’ 'Blonde' & A Nick Kroll Special
By Arya Roshanian
15 Piping Hot Behind-The-Scenes Secrets From 'Great British Bake Off'
By Emily Dixon and Darshita Goyal
How To Apply For 'Survivor' & Tips On How To Get Cast
By Meg Walters
Get Even More From Bustle — Sign Up For The Newsletter