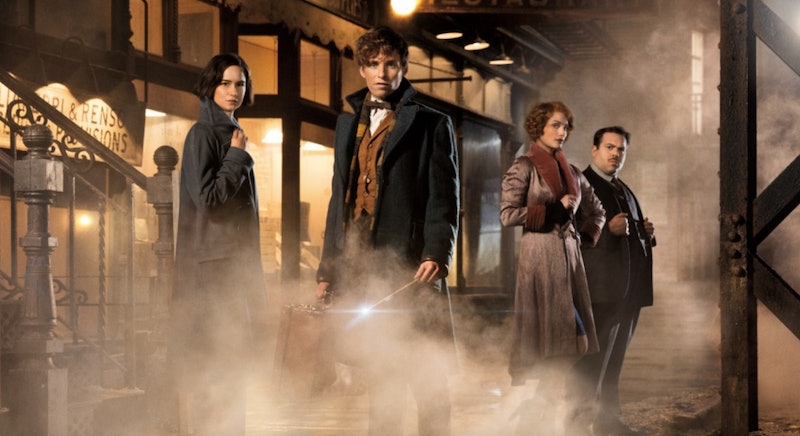 I didn't think I could love the Harry Potter franchise anymore until now. On Tuesday, the Fantastic Beasts and Warner Brothers teams announced that they're looking for five young up-and-coming actors to join the cast of the FB sequel for pretty major roles. This is Hollywood, and in a business built on fame and well-recognized faces, I find the initiative so refreshing and exciting. And, it's holding up a tradition of finding unknown talent and creating stars, just as it did with Daniel Radcliffe, Emma Watson, and Rupert Grint in the original Harry Potter. So how can actors audition for the Fantastic Beasts sequel?

Here's what they're looking for to cast the new roles: three actors between 13 and 16 to play young versions of Newt Scamander, Leta Lestrange, and a character named Sebastian, as well as two actors between 16 and 18 to portray Gellert Grindelwald and Albus Dumbledore as teenagers. Hopefuls don't need prior acting experience, but must be eligible to work in the UK from August to November 2017. The application process to be considered for the open casting call is simple:

A few steps to take before the closing date on June 20, and aspiring actors could be on set with Eddie Redmayne and Jude Law (who will play adult Dumbledore) in no time. Not too bad.

Chosen cast members will not only join the iconic Harry Potter legacy, but the tradition of being selected through open casting calls. Fantastic Beasts star Faith Wood-Blagrove (Modesty) and HP actor Evanna Lynch (Luna Lovegood) were both picked out of thousands.

And if fans don't plan on auditioning, the news is just as exciting. The casting requirements reveal that the sequel will dive into the pasts of Albus and Gellert's complicated friendship-turned-rivalry, as well as Newt and Leta's history. The wait isn't too long, seeing as how production begins this summer with plans to release the sequel in November 2018.

May the magical forces of Hogwarts be with all the cast hopefuls.