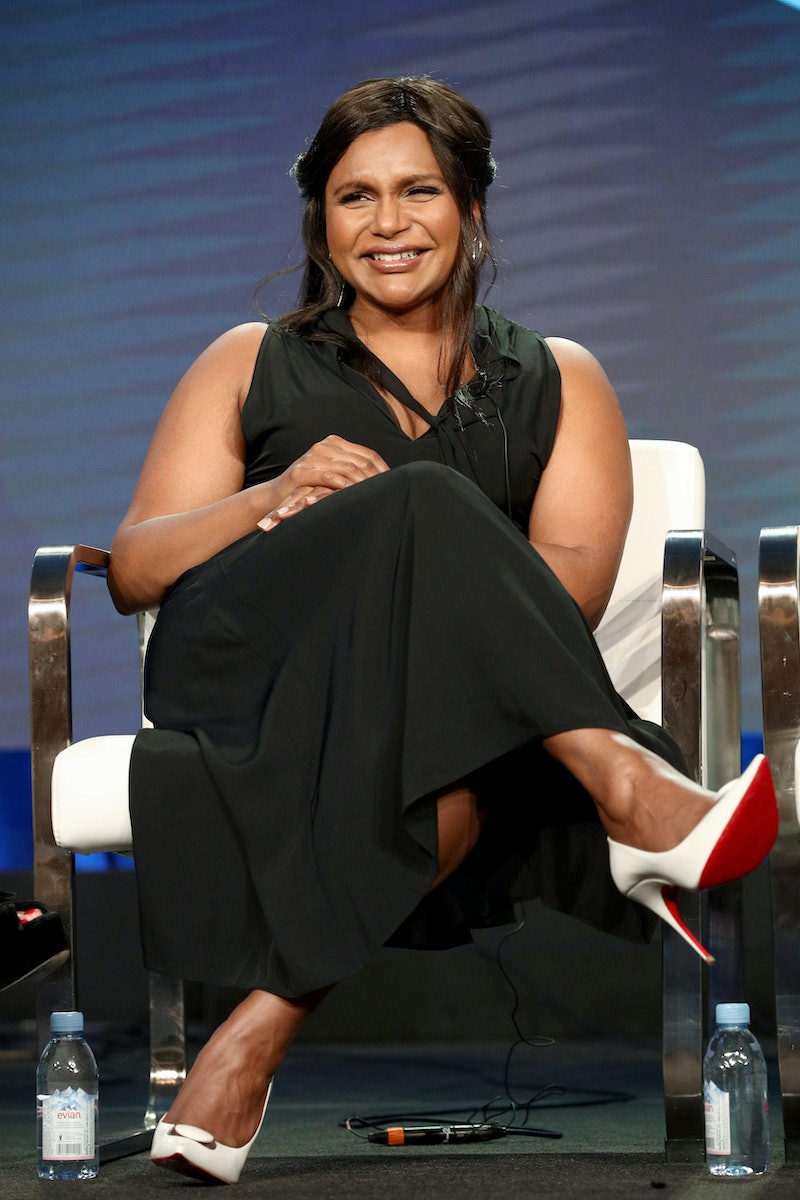 Ever since Mindy Kaling graced our screens as Kelly Kapoor on The Office, she's stolen the hearts of many fans over the course of her exciting career. From leading The Mindy Project to playing memorable supporting roles in big screen blockbusters including Ocean's Eight and A Wrinkle in Time, Kaling has always prioritized the elevation of diverse voices in entertaining projects. That trend was continued Thursday when it was announced how to audition for Mindy Kaling's new show, which will premiere on Netflix.

The actor and writer announced the casting call via her social media channels, calling for Desi actors to audition for the upcoming comedy series. Kaling captioned the post, "ATTENTION DESI LADIES! I'm holding OPEN casting calls for leads in my new @netflix show! I'm THRILLED to have the opportunity to do this. The parts are so juicy and funny, and I’m SO excited to meet you! Full info is above! GOOD LUCK!"

The call for actors of color caused a full-on celebration in the comments section with people like Queer Eye's Tan France excitedly writing, "IF YOU DECIDE YOU NEED A DESI GUY EXTRA, JUST SEND A TEXT." Awkwafina simply commented several prayer hands emojis while Big Bang Theory actor Kunal Nayyar, whose show ends in May, hilariously wrote, "I need a job in a few weeks."

But even more importantly than the flurry of celeb comments was the excitement many actors of color shared over the opportunities outlined in the announcement. Several Desi actors were sharing that they had submitted headshots or planned on auditioning, while wishing luck to their fellow hopefuls. In a time when diversity and inclusion are hot topics for the entertainment industry, Kaling's move towards representation, and transparent casting details, is a welcome development.

Though not much is known about the upcoming show or if Kaling herself will star in it, the announcement states that filming will begin in July. According to TVLine, the new series, announced March 20, will be an autobiographical coming-of-age story for Kaling, and set to have a 10-episode first season.

Kaling herself confirmed the news on Instagram writing, "I'm joining the @netflix fam! @loulielang and I are working on a brand-new @netflix TV comedy...about the life of a modern-day first generation Indian American teenage girl. Get ready for lots of relatable, awkward teen moments." If there's anything about pop culture from the last year from PEN15 to Eighth Grade, there are plenty of stories to be mined from the adolescent female experience.

The multi-hyphenate entertainer has been in a lot of casting sessions lately. In addition to her upcoming Netflix series, Kaling has another film and miniseries on deck. She wrote and co-stars in the film Late Night, set in the world of late night talk shows, alongside Emma Thompson, which hits theaters in June. Plus, she's adapted the classic '90s rom-com Four Weddings and a Funeral as a miniseries, premiering July 31 on Hulu. Is it safe to say that this will be the summer of Mindy Kaling?

No matter how full Kaling's plate is with various projects, it's super amazing to see her commitment to telling stories that highlight underrepresented voices.