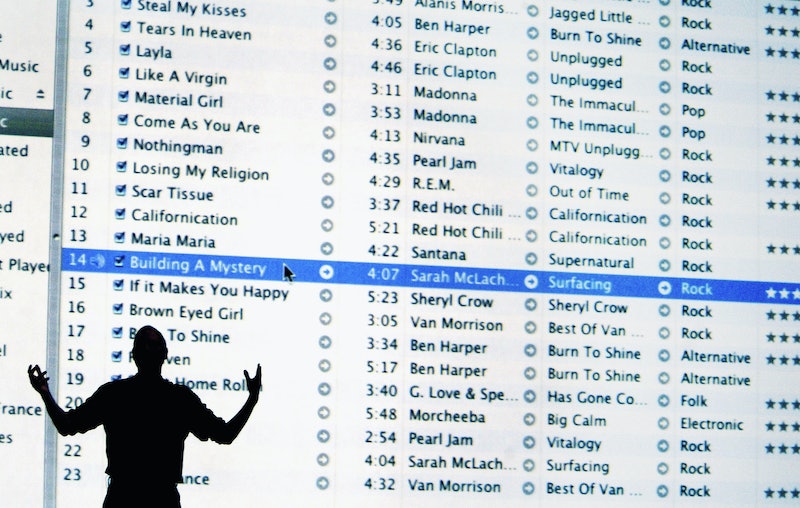 Well, it’s finally happened: iTunes is no more. According to Apple, the long-running media management program will be retired in the next version of the macOS operating system and replaced by three new apps: Apple Music, Apple TV, and Apple Podcasts. In light of the news, it would be understandable if you were wondering how to back up your iTunes music before the big change happens this fall — and the good news is that it’s super easy to do so. Here’s what you need to know.

Apple made the announcement that iTunes on Mac would be going the way of all things at the 2019 WWDC conference on June 3. Originally launched in 2001, with the iconic iTunes Music Store arriving two years later in 2003, iTunes has become a fixture of the technological landscape; through it, users have managed both their devices and their growing libraries of digital media for more than 15 years. But when the next operating system update for Apple’s Mac computers, macOS 10.15 Catalina, is released this fall, iTunes will be replaced by three standalone apps, each geared toward handling only one form of media: Apple Music will take care of all your music needs; Apple TV will handle television shows and movies, including Apple’s own original programming; and Apple Podcasts will keep all the podcasts you listen to organized and easily accessible. The idea, according to a press release, is to “greatly simplify and improve the way Mac users discover and enjoy their favorite music, TV shows, movies and podcasts.”

Note that the dissolution of iTunes is occurring only within macOS 10.15 Catalina (for now, at least); if you use iTunes on a PC, the Windows version of the program will “remain unchanged,” reports the BBC.

But even for Mac users, the change isn’t quite as big as it might at first appear. Apple isn’t going entirely back to the drawing board here; the company is simply making how their laptops and desktops handle digital media the same as how their mobile devices already do. When iOS 5 was released on Oct. 12, 2011, the iPod app, which had previously come docked at the bottom of the screen and handled all digital media on Apple’s mobile devices, was divided into two apps, Music and Videos. The Music app was further segmented in 2012, when the release of iOS 6 coincided with the adoption of a standalone Podcast app. The announcement that iTunes will no longer exist in Catalina simply takes this same format — a trio of apps geared toward handling music, videos, and podcasts — and applies it to Apple’s laptops and desktops, thus standardizing how all these forms of media are handled across all of Apple’s devices.

Additionally, the iTunes Music Store will continue to operate, albeit in a slightly different location: Look for it in a sidebar within the Apple Music app. Through this sidebar, you’ll be able to continue purchasing individual songs and complete albums the same way you always have.

Apple has said that any music you’ve previously purchased and downloaded via iTunes will continue to be available to you within the new Apple Music app — but if you’re worried about whether making the jump from one app to the other will go as seamlessly as the company says it will, then backing up your music library before you upgrade to Catalina might still be a good idea.

The easiest way to do so is just by making a full backup of your Mac with Time Machine; as Apple points out on their Support site, your iTunes Library will be backed up automatically when you do so, as long as you make sure that iTunes isn’t excluded from it. All you need to do to use Time Machine to make a backup is to connect a storage device to your Mac and select “Use as Backup Disk” when prompted to by Time Machine. From that point on, Time Machine will automatically make periodic backups of your computer; additionally, you can make a manual backup whenever you like.

If you’d rather backup only your iTunes Library, though — that is, you don’t want to backup your entire computer with it — here’s how to go about it: