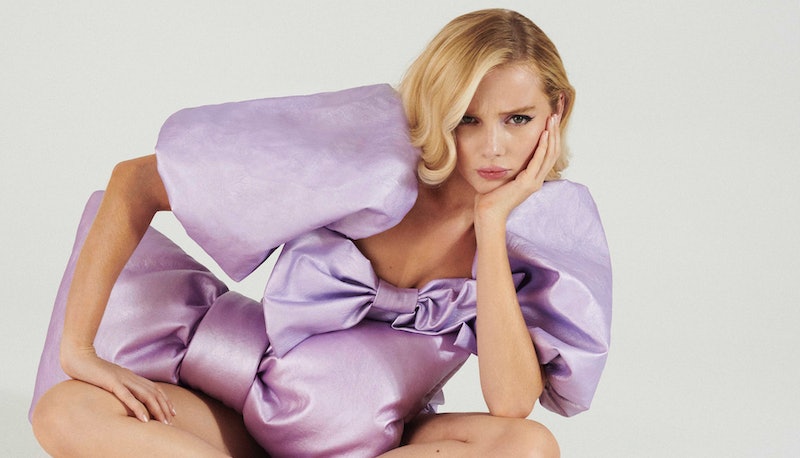 ASOS is known for its never-ending stream of super stylish goods. The online retailer stocks some of the coolest high street and higher end brands in fashion, and acts as a one stop shop for many clothes-obsessed customers. The brand is also known to collaborate with some of the coolest designers around, and their latest creations have been made alongside Christian Cowan. Here's how to buy the ASOS x Christian Cowan collection, including information on when the pieces drop, and what you can expect.

Let's start with who Christian Cowan is, and what the deal is with his ASOS collab. If you aren't in the fashion know, you may not have heard of Christian Cowan, but you're bound to recognise his unique style. Known for his modern, vibrant approach to womenswear, Cowan has dressed some of the world's most famous women, including Beyoncé, Miley Cyrus, Nicki Minaj, and Naomi Campbell, and Lady Gaga. Perhaps most impressively, his designs were worn by Cardi B on the cover of her album Invasion of Privacy. And when you consider the designer only graduated from Central Saint Martins and London College of Fashion in 2016, this becomes all the more impressive.

Cowan shows his designs seasonally at New York Fashion Week, and this past season, he teased a number of designs that were from his upcoming collection with ASOS. This is where we got a first look at the collaboration, which officially launches online on 17 October 2019.

As for what we can expect, there is a whole lot to get excited about. Cowan's clothing certainly isn't for the shy or faint hearted, as he plays with bright colours, textures, and prints. His designs for ASOS are just as bold, and feature checkerboard prints, neon yellow, huge oversized bags, and PVC. The collection includes body con dresses, puffer jackets, jumpsuits, two piece suits, and hoodies and joggers.

Perhaps the best thing about the line is that it's inclusive. Cowan has designed 35 pieces that will be sold under ASOS Curve, a selection of which are unisex and. The unisex pieces include a printed hoodie and jogger co-ord, an oversized T-shirt with a reflective logo, and a metallic puffer vest.

The designer has also taken on accessories and put his own stamp on things like clutch bags (which he has made jumbo size), trainers (that he has made chunky), and even a utility belt that would be fit for Drake himself.

The collaboration between Christian and ASOS allow fans of his high end brand to get a taste of his designs without having to spend a huge amount of money, and this is something it sounds as though Cowan has always been keen to do. In 2018, he told Fashion United that he was keen to create more affordable pieces: "The consumers who shop diffusion lines are the people who I really want to dress," he explained.

All pieces will be available from 17 October 2019 at asos.com.