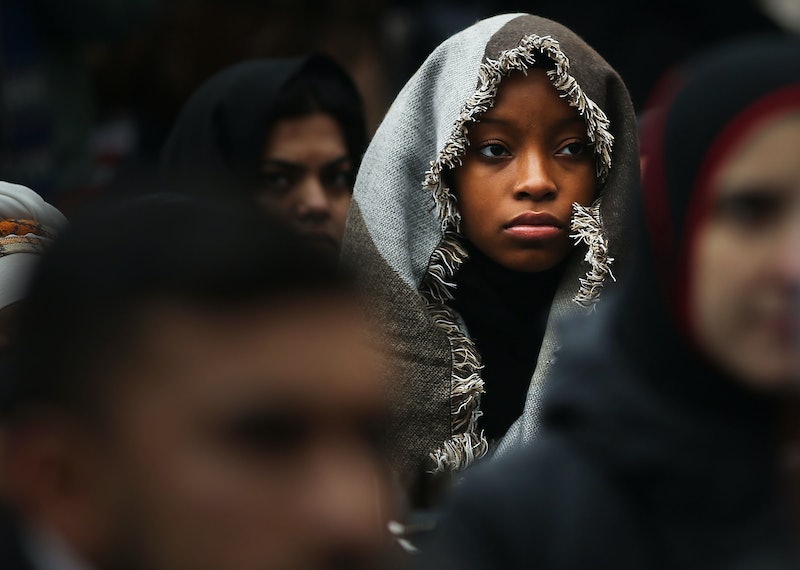 President Donald Trump signed an executive order that bans refugees, immigrants, and visitors from seven Muslim-majority countries from entering the U.S. While the order states that the ban on refugees will last 120 days and the general ban on all other entrants from the specified countries will last 90 days, both of these measures can potentially become indefinite if the president and his cabinet come to such a conclusion after these three to four months. If you're one of the many people who oppose this idea, you should definitely call your representative and object to Trump's Muslim ban.

Calling your legislators is one of the best ways to fuel change. Utah resident Emily Ellsworth, a former congressional staffer who spent six years working for Rep. Jason Chaffetz and Rep. Chris Stewart, explained the power of phone calls through a series of tweets that went viral. "The most effective thing is to actually call them on the phone. At their district (state) office. They have to talk to you there," she wrote. "That was a thing that shook up our office from time. One time, a radio host gave out our district office phone # on air. He was against our immigration policy and told our constituents to call. And they did. All. Day. Long. All I did all day was answer phones. It was exhausting and you can bet my bosses heard about it. We had discussions because of that call to action. If we started getting a pattern of calls, I called up our DC office and asked if they were getting the same calls and we talked."

To get your representatives' contact information, visit this page, type in your home address, and you will immediately receive phone numbers for each of your two senators and for your district representative.

If you've never made one of these calls and have no idea what to say, here is a great sample speech from Muslim Matters:

Hi, my name is _______ and I’m a constituent of Representative _______/ Senator _________. I’m calling because I’m concerned about President Donald Trump signing an executive order restricting immigration from Muslim majority countries and ending the Syrian refugee resettlement program. This executive order goes against our shared American values of religious tolerance, diversity, and nondiscrimination.

[If there are any questions, reiterate your concerns.] Yes, please express to Rep. ______/ Sen. ________ that Trump’s executive order doesn’t represent our values, and that I am asking him/her to take a principled, public stand against this kind of intolerance.

Thanks for your time.

Now that you know what to do, go ahead and pick up the phone.