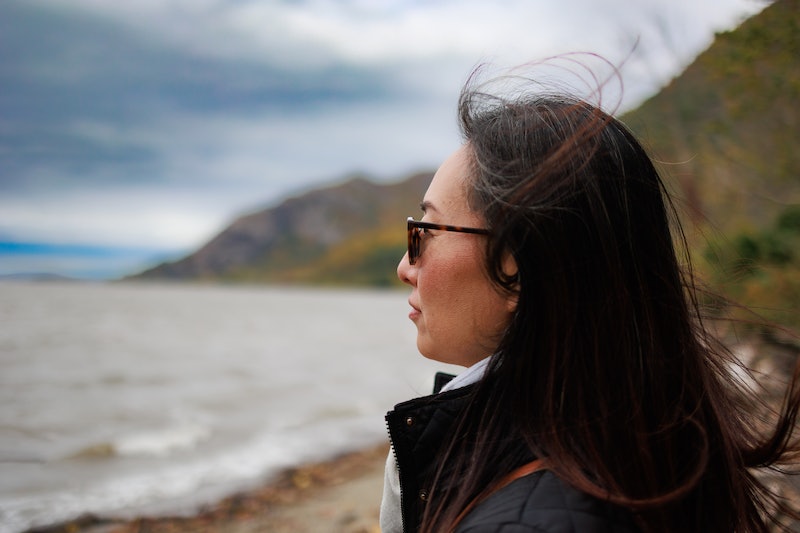 The aftermath of an argument usually isn't a fun experience. You get riled up, express your fury, possibly sling a few insults, and then stomp off to "calm down" — but how do you actually calm down when you're angry, aside from screaming into a pillow? Science has done quite a lot of investigation into solid, useful methodologies that can help you get into a calmer state after getting riled up — probably because everybody argues, including scientists. And new data is emerging all the time that sheds light on this particular aspect of human behavior, and the swiftest ways to move from aggression to a state of normalcy.

While calming down is often helpful for resolving disagreements, it's worth remembering that anger is an important emotion that serves a purpose, and shouldn't be universally pushed aside or squashed. There's also a gendered aspect to anger and arguments. Women are often expected to take on the role of the calm peacemaker, and discouraged from expressing their anger. A 2013 study by the University of California Berkeley found that heterosexual married couples often rely on the wife's ability to calm herself to resolve arguments, and that this ability was the "key" to argumentative solutions. That's a very gendered division of emotional labor, and places a lot of pressure on women. If you feel the need to stay angry, by all means, stay angry. If you want to calm down, though, here are some scientific methods to make it work.