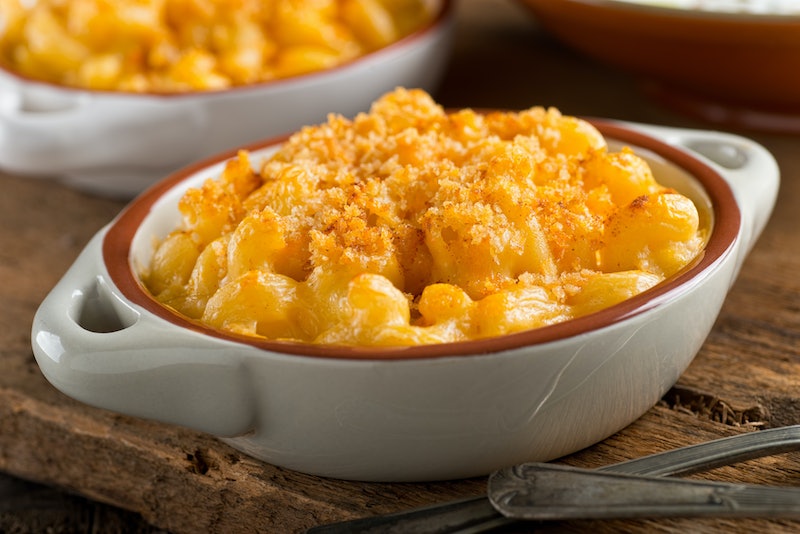 If you've been yearning for the comfort of your childhood during these troubled times, you're going to want to celebrate National Mac and Cheese Day July 14 like it's the royal wedding of cheese. Because it is. While it's unclear who we have to thank for the genius invention of macaroni and cheese, the website When Is Holiday reported that this comfort food dates back centuries.

"Among the contenders [for inventing macaroni and cheese] are Etruscans, Romans, Chinese, [and] Koreans. As for cheese, its production, in general, refers to prehistoric times and, apparently, the discovery of such a tasty product was accidental," When Is Holiday noted. "Cheese is the earliest seasoning, including those for pasta. Before any recipes were written down, mac and cheese [was] already admired in the early Middle Ages."

While eating a piping hot dish of mac and cheese might not sound too appealing while it's eleventy-million degrees outside, if you turn up the A/C and draw the shades, you can pretend it's winter. You can also head out to a restaurant for some free A/C and gourmet mac and cheese dishes. The Yard House has a fried mac and cheese appetizer that's to die for, and it's half off if you order it during happy hour or off the late-night menu. Because, whether it's morning, noon, or night, it's always mac and cheese time. Here are some creative ways to properly honor your favorite holiday.