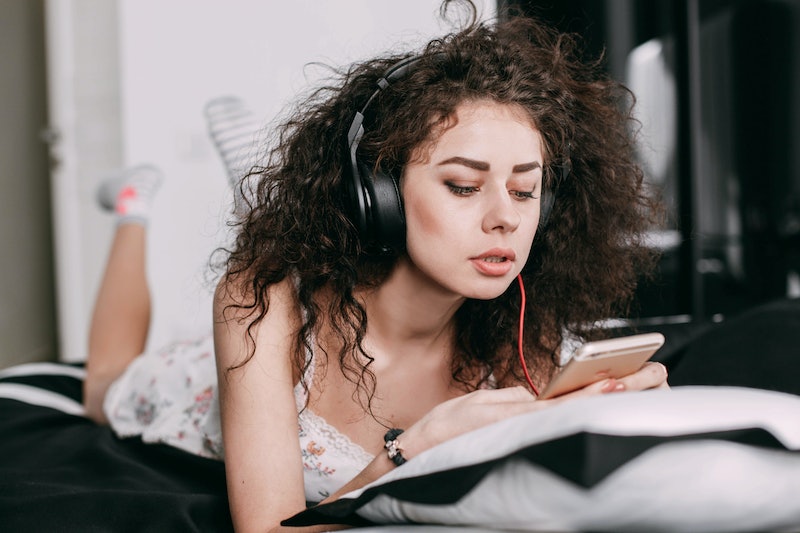 Apple's new operating system upgrade will be released in the Fall, and many iPhone owners can't wait to use some of its most eagerly-anticipated features. One of these upgrades lets you change the sound level more discreetly, so it doesn't interfere with whatever content you're viewing on the screen. If you're preparing for the big reveal this Fall and want to know how to use the volume display in iOS 13, the process should feel pretty familiar.

As Gadgets360 described, you can change your phone's volume in iOS 13 the same way you do now — through pushing one of the two volume buttons on the upper left hand side of your phone. In the current and older iterations of iOS, doing this activates what is known as a volume heads-up display (HUD) — a big rectangle that momentarily covers the center of your screen and shows you your phone's volume level, IGeeksBlog.com noted.

However, in iOS 13, hitting these volume buttons will instead cause "a redesigned volume control" to appear "in the upper‑left corner, so it doesn’t interfere with your content," Apple noted on its website. As Gadgets360 indicated, this volume control increases in size if you raise the volume or decreases in size if you lower it. At the lowest volume levels, the indicator becomes a very thin line that takes up minimal space on your screen, the outlet added. Gadgets360 also reported that, if you turn your phone so the screen is in landscape mode, the volume display will move to the top middle of the screen, but will still have the same control features.

Juli Clover, a senior editor at MacRumors, described in a June 2019 post why many iPhone users have been hoping for a change to the volume display for several years. As Clover noted:

An updated volume interface is a feature that iOS users have been wanting for years, and iOS 13 definitely delivers a more streamlined volume experience that should be a relief for those tired of seeing a giant volume indicator in the middle of the display.

In addition to a different volume display, iOS 13 will also feature much more nuanced volume control options. As The Verge indicated, there will be 34 different volume levels available on iOS 13, allowing you to truly fine-tune the sound that's coming out of your device.

As you can see, not much has changed about the physical process of adjusting your phone's volume in iOS 13, but the experience of doing so seems to be much more user-friendly and geared toward customization. It remains to be seen whether users will like the new volume tool as much as anticipated following its expected September release.

More like this
How To Turn Off Night Mode On Your iPhone Camera
By Emma Carey
Behind The Hilarity Of The "POV: You Walk Into My Room" TikTok Trend
By Lexi Inks
Here's How To Get Your iPhone To Update Automatically Forever
By Emma Carey
26 Ghost Story Podcasts To Get You Ready For Halloween
By Jessica Booth, Mia Mercado, JR Thorpe and Emma Carey
Get Even More From Bustle — Sign Up For The Newsletter