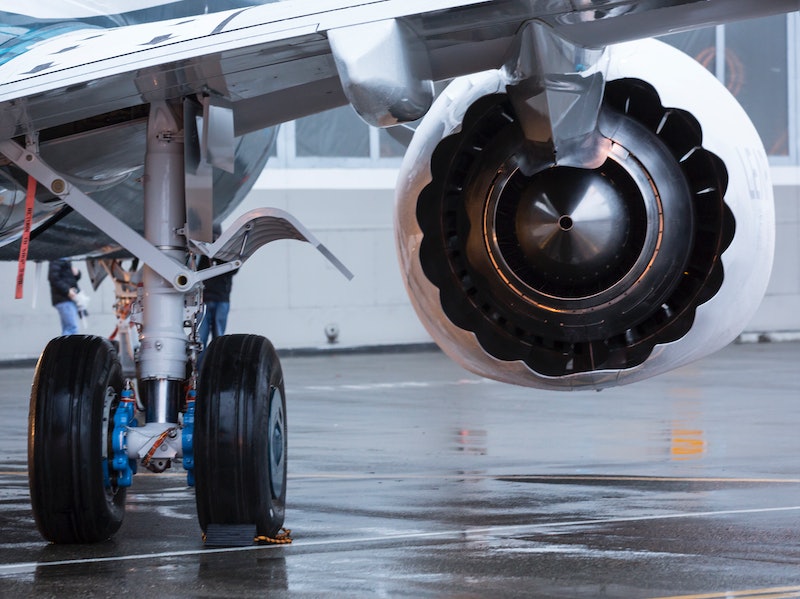 There have been two major plane crashes using the same aircraft within five months — one in Indonesia and the other in Ethiopia. As certain countries move to ground Boeing 737 Max planes, you may want to check what plane you’re flying on if you have travel plans coming up. Luckily, it's not difficult.

One easy way is to use Seat Guru, a search tool that requires inputting your airline, flight number, and flight date. Once you've done that, the engine will spit out the name of the aircraft you'll be on, as well as your departure and arrival times.

It may be even faster to look at your flight confirmation or ticket. Information about your plane is usually listed on your itinerary and on airline schedules, airline expert Gary Leff told Popular Mechanics. "Airlines do use shorthand often for the aircraft type on a given flight," he explained. "American and Southwest, which both operate the Boeing 737 MAX 8 which is the same plane involved in the Ethiopian (and Lion Air) incidents, is flagged by both carriers as '7M8.'"

When doing this research, remember that Boeing operates a lot of other planes in the 737 model, too, like the 737-800. What you're looking for is the 737 Max, or more specifically the 737 Max 8. CNN reports that there are around 350 of these planes in operation around the world right now.

Boeing's website calls its Max brand the "fastest-selling airplane in Boeing history." When reached for comment about how customers can research the aircraft they'll be flying on next, company spokesperson Paul Bergman said, "They should contact their airline."

USA Today notes that airlines may change the plane you're scheduled to board at the last minute. It's not a common practice, but it does sometimes happen, especially when there are weather disruptions or maintenance problems.

Scrutiny fell on Boeing's plane this weekend after a crash in Ethiopia on Sunday morning killed all 157 people on board, including eight Americans. The flight had been going from Addis Ababa to Nairobi, Kenya. The incident came after a crash in Indonesia in October that killed 189 using the same aircraft.

Many airlines are temporarily grounding their 737 Max or 737 Max 8 planes while the latest crash is investigated, per CNN. On Tuesday, the United Kingdom became the latest country to declare that none of the crafts may fly within its airspace. Many airlines and countries are declining to take this action, however; according to CNN, American Airlines and Southwest Airlines are among those who have released statements indicating their faith in the safety of their 737 Max 8 flights.

Sen. Elizabeth Warren, a 2020 presidential contender, has argued that all of these planes should be grounded within the United States, at least temporarily.

Southwest became the first airline to fly the Boeing 737 Max 8 in 2017. The plane was lauded at the time for being particularly quiet and comfortable for passengers, according to The Points Guy. The New York Times calls the craft "Boeing's most popular jet."

It remains to be seen how much these two crashes will affect the plane's usage and popularity in the long term. For now, Boeing's stock is falling, and the company has announced that it will implement changes to the flight control system on its 737 Max 8 crafts.