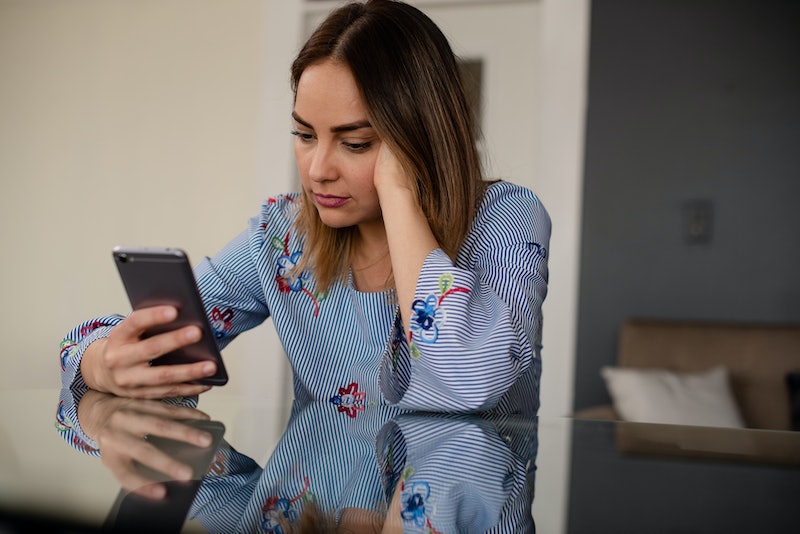 A mobile app that lets users employ a photo age filter to get a glimpse into their futures has recently become hugely popular again. However, amidst FaceApp's popularity, some people have raised privacy concerns about what the company is doing with the data that users upload. If you share these concerns and want to know how to delete your photos from FaceApp, there are several steps you can take to make this happen.

As The Verge explained, some people are concerned about FaceApp's privacy protections because the company requires users to upload their photos to its servers to apply the old age filter, as opposed to processing photos directly on people's mobile devices. This server upload process, along with FaceApp's lengthy terms of service, have some people worried, Vox noted. Moreover, the app's Russian ownership has made some Americans — including the Democratic National Committee — even more nervous about using it to edit their photos, CNN reported.

FaceApp emphasized in a statement per TechCrunch that users shouldn't have concerns about the company storing their photo data. In its statement, the company said that it only uploads photos to its servers that users select — and never takes other unauthorized photos from people's camera rolls. Moreover, the company noted via TechCrunch that, while it "might store an uploaded photo in the cloud," it only does so for performance purposes, so the photo will be there in case a user wants to make multiple edits. The company added that "most images are deleted from our servers within 48 hours from the upload date," TechCrunch noted.

Furthermore, FaceApp stressed in its TechCrunch statement that they "don’t sell or share any user data with any third parties." The company added that " ... user data is not transferred to Russia," despite its Russian ownership.

Ultimately, you have to decide whether you're comfortable using FaceApp. If you've made up your mind that you'd like to delete your photo data from the app, FaceApp has laid out a specific process to make that happen.