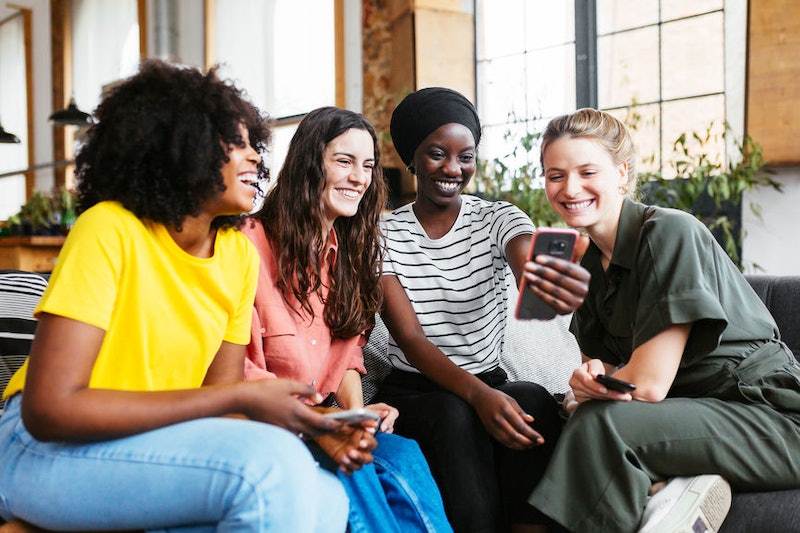 Every year, as October rolls around, I consider going sober for the month. For the first week, it feels like an awesome thing to do. You raise money for an amazing cause and you don’t need that glass of wine on a Friday. Then I realise that most of my social life revolves around the pub. It becomes a massive deal in my head. However, if you're thinking of giving it a serious go there are ways to make it easier for yourself. I've compiled some tips for staying sober in October 2019 and it turns out you don't have to shut your friends out for an entire month.

Every October Macmillan Cancer Support runs a campaign challenging people to put down the gin and tonic and raise some money for charity. Go Sober For October started in 2013 and ever since has sparked conversations about whether people would give up drinking for 31 days for a good cause. Every time I toy with the idea of swapping a whiskey and coke for lime and soda I tell myself I simply couldn’t. The pub is where I meet people, I like going out for food, and drinking is all part of that. However, Millie Gooch, who runs the sobriety community Sober Girl Society, suggests it isn't as much of a hassle as you might think it is.

Gooch is a writer in her twenties. In Feb. 2018 she gave up drinking and in Sept. 2018 she founded the Instagram page and community the Sober Girl Society. She’s built up a massive following of 54.7 thousands people and posts encouraging messages and images out to her followers, some of whom have decided to give up drinking alcohol. In a statement she said, “in some ways, I’ve actually become a lot more sociable. My two excuses for avoiding going out were ‘I have no money’ and ‘I don’t want to be hungover tomorrow.’ but you can’t really use those anymore."

She continued: "I’ve become a lot pickier about where I socialise. The one thing I’ve learnt in sobriety is that fun parties are fun, rubbish parties are rubbish, alcohol can make rubbish parties fun and that’s really the only difference. I do a lot more day socialising now and really make the most of my weekend mornings getting outside and going for brunches with my friends."

She uses her Instagram to support those aiming to give up alcohol whatever the time of the year. She’s one of a long list of famous faces and influential figures supporting Macmillan Cancer Support's campaign through October. Here are her tips go going sober this October:

Go Sober for October is such a worthwhile fundraising campaign but not beating yourself up over how hard giving up drinking can be is crucial. Whether you give up alcohol for charity for a month, push on for a year, or a lifetime, it's clear you don’t need to have a glass of wine in your hand to have a good time.