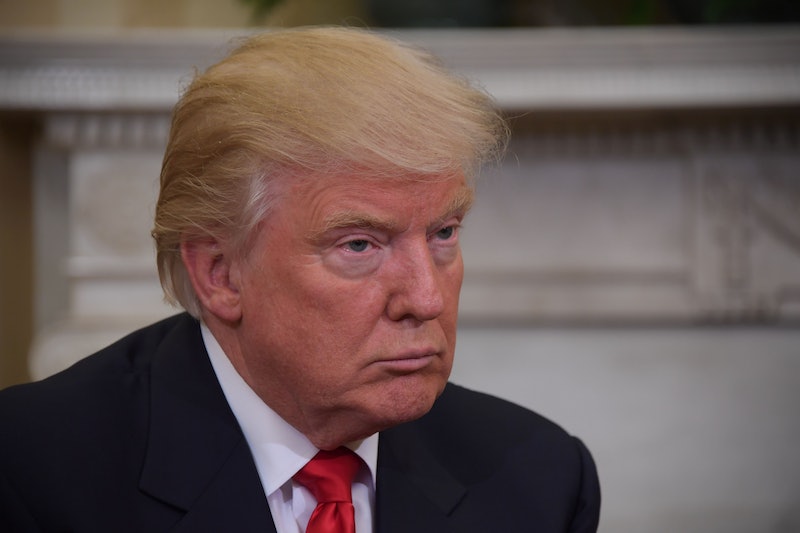 Thousands will head to Washington, D.C. on Jan. 20 to celebrate Donald Trump's inauguration — and then there's everybody else. If you're one of the millions of Americans less than thrilled about the outcome of the election, you might want an alternative activity. That doesn't have to mean a trip to the capital; there are people across the country feeling just the way you do. If you're wondering how you can find an inauguration protest near you, there's good news. There are options.

Finding an inauguration protest in your specific city will take a bit of sleuthing on your part. Do a Google search. Find event pages on Facebook. While there are a number of options across the country, particularly in the biggest cities, they are not organized centrally, so you will need to find the information for yourself.

In Los Angeles, for example, there will be a #UnitedAgainstHate Anti-Trump March. More than 11,000 people have said they are going. In Chicago, the protest will be stationary, taking place in front of Trump Tower in the River North area of the city. Some 6,300 people have RSVPed so far. The event page reads:

This is a peaceful, non-violent demonstration showing discontent toward the rhetoric that won the president elect the election and continues to empower similar rhetoric and skewed thinking within groups of hateful people. This is meant to voice opposition to hate, and also voice support to the groups of people who will most need it in this time of uncertainty.

Similar messages of resistance are being shared by most organizing groups. If you live on the East Coast, arguably the protests in D.C. are near you — and if you have the means to go, consider it. The ANSWER Coalition is organizing the largest Inauguration Day protest there. They're meeting at 7 a.m. in Freedom Plaza, and 10,000 have said they are attending on Facebook, with another 35,000 interested.

Some of the groups hoping to join in protesting in D.C. are awaiting permits, though plenty will be protesting regardless of their legal status. The National Park Service told Mic that it is normal to wait even just days before an event to issue such permits.

The Trump transition team has acknowledged that protestors do have First Amendment rights — a temporary relief for freedom of speech advocates. Boris Epshteyn, the communications director for Trump's inauguration, said that Trump's team respects those coming to protest.

"We very much respect the First Amendment," Epshteyn said on CNN’s New Day. "And we understand that people choose to protest. As long as they do so within all laws, rules and regulations, they’re welcome to do so. And we’re here to hear their concerns."

He also invited protestors to join in the celebration of Trump. That is unlikely to happen. Much more probable is a second day of protesting, given that the Women's March on Washington is scheduled for the next day, Jan. 21, and they do have their permit.