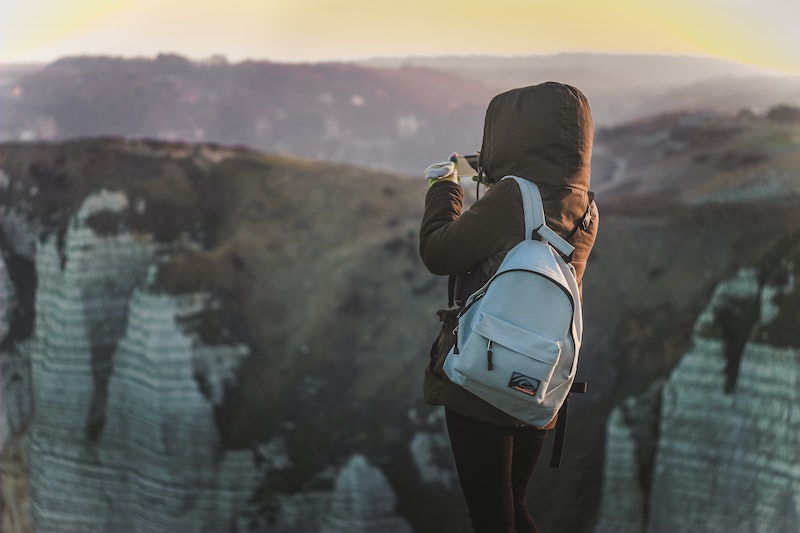 Ihor Malityskyi/Unsplash
By Eliza Castile
May 11, 2017

It's a scene that plays out on Saturday afternoons across the world: Sitting in your living room with your BFF or significant other on a well-deserved day off, you realize you don't have any idea how to find things to do nearby unless it involves going to an overpriced brunch place for the 600th time. Ten minutes later, you're clustered around your computer, begging Google to help you fill the empty days. In the past, it's been something of a hit-or-miss method, but at last, the Google gods have taken pity on us and tweaked the search engine to neatly summarize what's going on around you.

On Wednesday, the company announced that it is updating its app and mobile content to make it easier to find events and activities in the area. "Doing a search for events brings up a clear summary of activities from sites from across the web like Eventbrite, Meetup and more, that might be just what you’re looking for," Google explained in a blog post.

Apparently, you're far from the only person to turn to Google when you're bored and/or desperate. According to Tech Crunch, the update was developed because there are millions of searches for local events each day. Hey — not all of us can be Ferris Bueller gallivanting around the city on our days off. Sometimes we need the Internet to tell us what to do.

According to Google's blog, the update is super simple. On the app or mobile page, type in a phrase like "art events this weekend." This should pull up a list of events, complete with times, dates, and locations. Tapping on an event pulls up more details or directs you to its website.

If you woke up feeling particularly free-spirited, you can find just type in "events near me" and see what pops up. Otherwise, you can filter your search based on when you're planning an activity, or you can search for events in specific cities. In the United States, the update has been released on iOS and Android devices, and the mobile web version is already working.

The update is a long time coming, but to be fair, Facebook has had online event planning cornered for years. On top of allowing users to create their own events, it suggests events that nearby friends are interested in. In October, Facebook even launched an app aimed at "event seekers," aka the subset of Facebook users who invite hundreds of their closest friends to every conceivable activity in the area. You know the ones.

On the other hand, Google searches don't serve the same purpose as social media. Instead of suggesting activities tailored to users' interests, Google simply lays out what's going on near you, from country concerts to baseball games. It's up to you to decide whether it's something you're interested in (and whether you can afford it).

One thing is for sure. Thanks to the Internet, boredom is quickly becoming an antiquated concept.