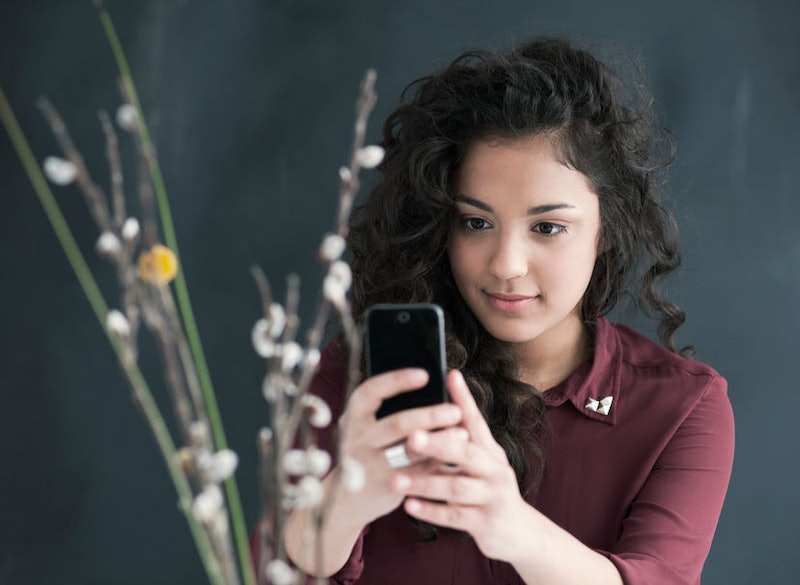 Have you ever wondered why you see the most bizarre adverts on Instagram? Sometimes, a few will be relevant. Other times, they couldn't be further from your interests. Well, it's all down to what the mysterious Instagram algorithm has determined you're into. While this isn't a new development, it's only now that people are starting to pay attention to it. Why? Because a viral Twitter thread has unveiled how to find out what Instagram thinks you like.

The process is pretty simple and will only take a few seconds. First, go to your Instagram settings. Tap the "security" button then the "access data" section. There at the bottom, you'll find a part that says "ads". Tap that and the "ads interests" button that appears afterwards. And voilà. You have the supposed sum of your personality in text form.

As many people have found, some of the things advertisers are being told are incredibly accurate. The rest? Truly truly weird. For example, mine lists interests like feminist movement, zero waste, and Alexander McQueen. The first two are definitely true and the third probably relates to my years-long love of fashion. But I'll be honest, I don't understand the rest. Quentin Tarantino? Ultimate Fighting Championship? Is Instagram having a laugh?

The one I'm really struggling to get my head around is Red Lipstick Monster. What does that even mean? Being a curious person, I took to the internet to find out. A quick Google search revealed that Red Lipstick Monster is the name of a prominent Polish beauty YouTuber. As far as I'm aware, I have never interacted with her on social media. So why is she on my interests list? That is something I will probably never know.

I wasn't the only person confused by their results. Some lists are incredibly specific. As one person showed, theirs suggests they're interested in Aladdin. But not just any Aladdin. No, the "1992 Disney film". Another revealed a passion for turkey hunting; something which appeared to alarm the person in question. Some people even had nothing at all show up. No one can figure out if that's a good thing.

Instagram has revealed a teeny bit of insight into the process. “We want to show you ads from businesses that are interesting and relevant to you, and to do that, we use information about what you do on Instagram and Facebook (our parent company) and on third-party sites and apps you use," its site reads, continuing: “For example, you might see ads based on the people you follow and things you like on Instagram, your information and interests on Facebook (if you have a Facebook account), and the websites and apps you visit.”

As Lifehacker explains, there may be a way to make the advertisements you see slightly more relevant to the things you enjoy in real life. If you have a Facebook account, head to your "ad settings". There, you can choose to turn off permission to allow ads to be based off third-party data. This means you should see adverts that relate to things you interact with or mention on Facebook and Instagram. The odd strange one may still slip through though so you have been warned.